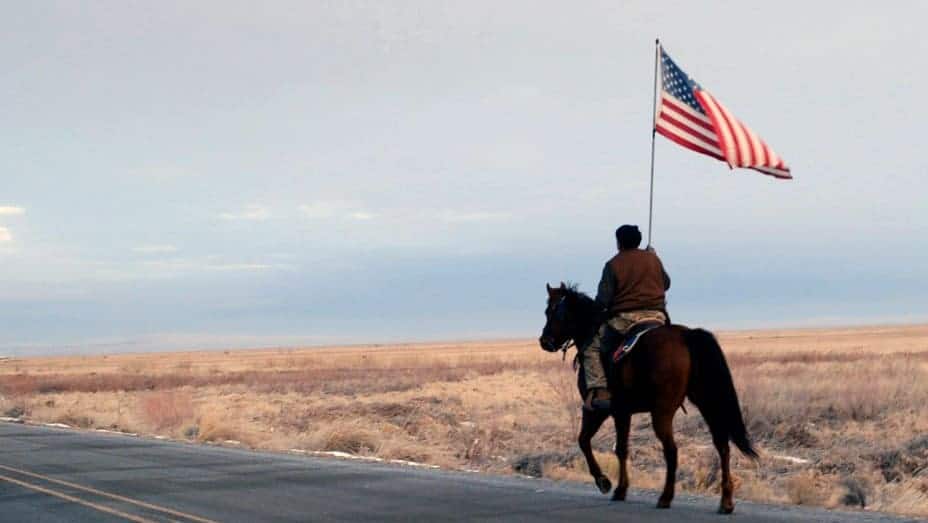 For those who may have wanted to know more about the bizarre, 40-day armed standoff in Oregon last year, there’s a doc for that.

Shown at this year’s Tribeca Film Festival, No Man’s Land serves up some incredible footage of the 2016 militia occupation of the Malheur National Wildlife Refuge headquarters and features interviews with participants, the Harney County sheriff, journalists and others with intimate knowledge of the events that occurred that January.

Many outsiders mocked the efforts of these self-proclaimed patriots, mostly white men, and their bewildering reasons for wearing tactical gear and acting like terrorists (on a peaceful bird sanctuary) by using such social media tags as “YallQaeda” and “VanillaISIS,” but the militants were shockingly resolute.

The standoff, which in reality was not nearly as combative as the imagery that term standoff conjures, was more one sided than anything else. The occupiers seemed to be convinced that the generically termed “government” would be descending upon them in a hail of gunfire so it was important that their guns be at the ready in order to defend their cause.

The puzzling situation, which unfolded in a place where cattle outnumber humans 14-to-1, captivated people across world for a short amount of time, and the No Man’s Land filmmakers had front-row seats to the show. What started as a dispute about federal land management ended up attracting some relatively well known names, including Ammon Bundy — the self-proclaimed leader of the weapon-wielding posse — and seemingly anyone else in a “patriot group” who wanted to express disdain for perceived government overreach with a machine gun.

The militants in Oregon seemed to have their own definition about what it means to peacefully assemble in this country and, from the footage at least, almost seem to be daring the FBI to attack them. Sadly, a situation that never needed to become fatal ultimately did.

We have seen no shortage of protests in recent years. The Occupy Wall Street demonstration, the 2017 Women’s March, and the Black Lives Matter movement all are important examples of citizens displaying discontent with the institutions that they felt wronged them, needed to be re-evaluated, were insulting, etc. But arguably the major difference is that these protestors didn’t leave their rallies in a heightened frenzy, take over a government building, and instill fear in the townsfolk in order to get their points across.

It’s hard to recommend this doc as a “must watch,” but it undoubtedly has some incredible shots from in and around the conflict that are interspersed with insightful commentary. If it’s not already in the works, I’d like to see at least some portions of this film be shown in U.S. civics classes as American children learn about their government, the Constitution (and their rights under it) and what it means to be a responsible citizen of these United States.