Paramount Pictures has released an official trailer and poster for Blue Story, a drama adapted from a popular YouTube series by Rapman (aka Andrew Onwubolu), about two friends who become rivals in a street war due to their living in different London boroughs.

Best friends Timmy (Stephen Odubola) and Marco (Micheal Ward) go to the same high school in Peckham, but live in neighboring London boroughs. When Marco’s beaten up by one of Timmy’s primary school friends the two boys wind up on rival sides of a never-ending cycle of gang war in which there are no winners … only victims. 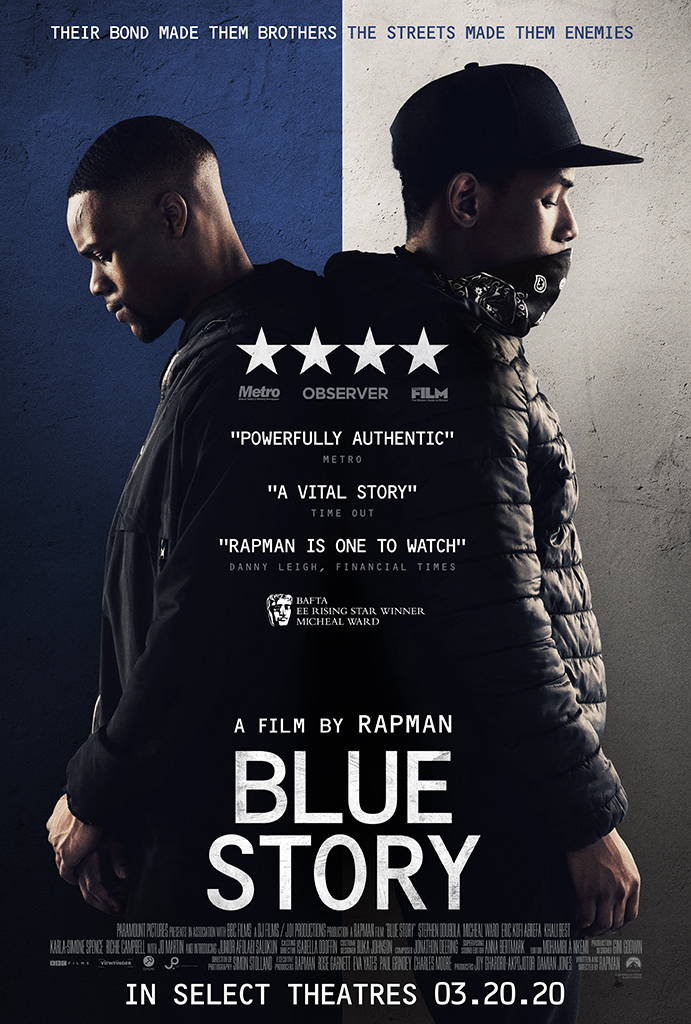