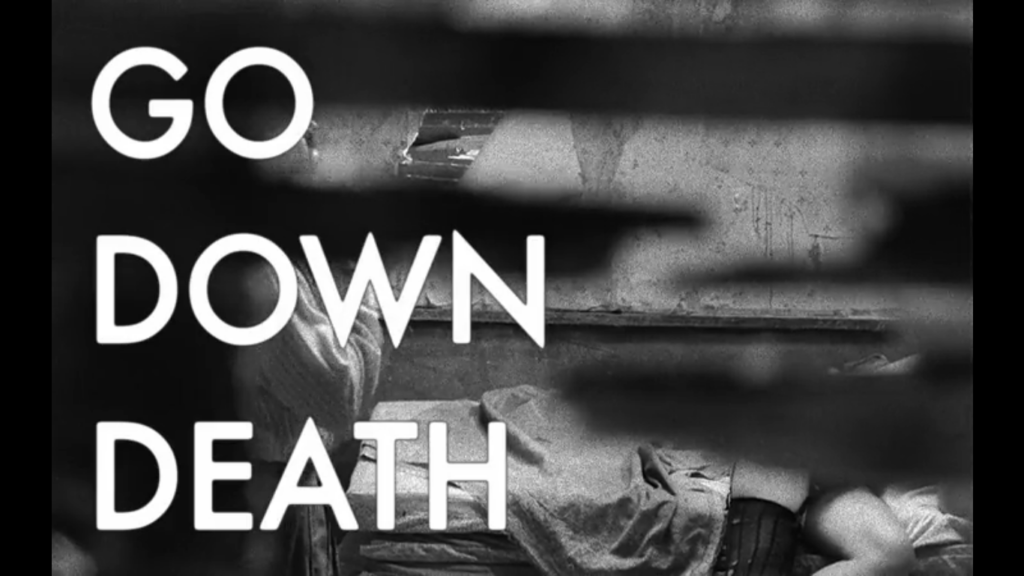 An unidentified war rages in the vicinity of an unidentified location within an unidentified time period in Aaron Schimberg’s directorial debut, Go Down Death, a cinematic adaptation based on the fabricated writings of folklorist Jonathan Mallory Sinus; a fluid traversing of vignettes, punctuated by mortar shells and rocket explosions, hosted by a collection of eccentrics killing time in their own ways. The majority of which consists of verbal streams of rumination centering on death and suffering sporadically speckled with dry humor and other assorted nonsenses.

Bleaching the mechanisms of reality through a grouping of Dadaist curios, Go Down Death’s meanders its way through a universe suspended in the nocturnal order of dream logic, fog and smoke blanketing the open air surrounding the ramshackle town (presented in miniature it appears) as the film cuts to one cast of characters after another; each with plenty to say, each seemingly nestled in their respective space awaiting the opportunity to perform. 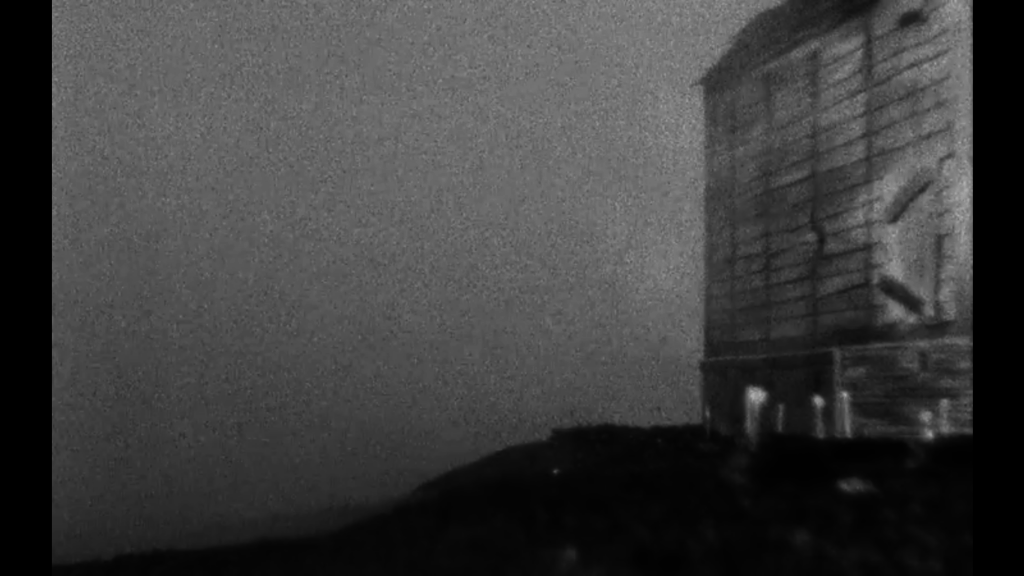 Much of the dialogue a procession of monologues mapping out the mental spaces of the town’s residents which are comprised of musicians and tone-deaf singers, supposed war heroes and AWOL soldiers, a litany of do-nothings and Butler (Rayvin Disla), the laboring kid offsetting the rampant do-nothings by doing everything. Each one of these individuals has something to say and do, at length, whether it be a philosophical performance of verbosity, a play-by-play rummaging of memory or an anecdote recital (perhaps, on the investment futures of mutton from a syphilitic mind).

The film’s meticulous attention to detail in regards to its production design might happen to be the indisputable standout in terms of quality. Constructed within the confines of an abandoned factory, the sets bear remnants of past utilization along with the fruits of furthering decay in their foundation which are then built upon through an elaborate arrangement of the worn-down and broken, like vestiges of a past, an unknown existence restructured from blueprints within the depths of the subconscious. 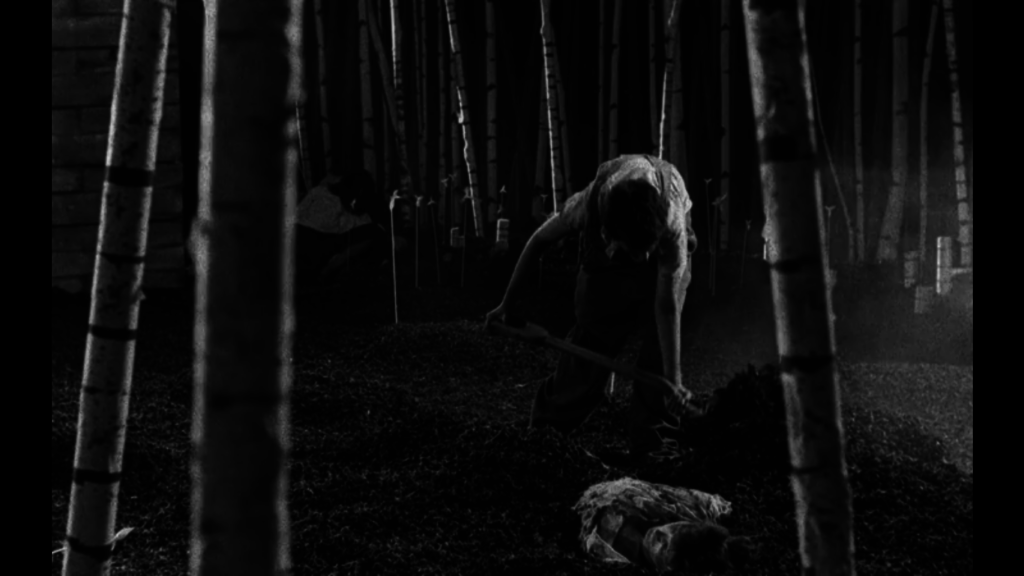 The level of care and thought that Schimberg and his design team put into the world of Go Down Death is evident in every frame. Not only does the rickety furniture, along with the well-worn trinkets that adorn them, that occupy these decrepit rooms feel perfectly placed – fitting in with the film’s overall aesthetic – everything feels organic; as if these items have been aging and decaying at the same rate as the building that houses them. Likewise, the costume design adds to the authenticity of this fabricated reality with tattered garments clinging to the bygone, growing ever more threadbare with the passage of time. 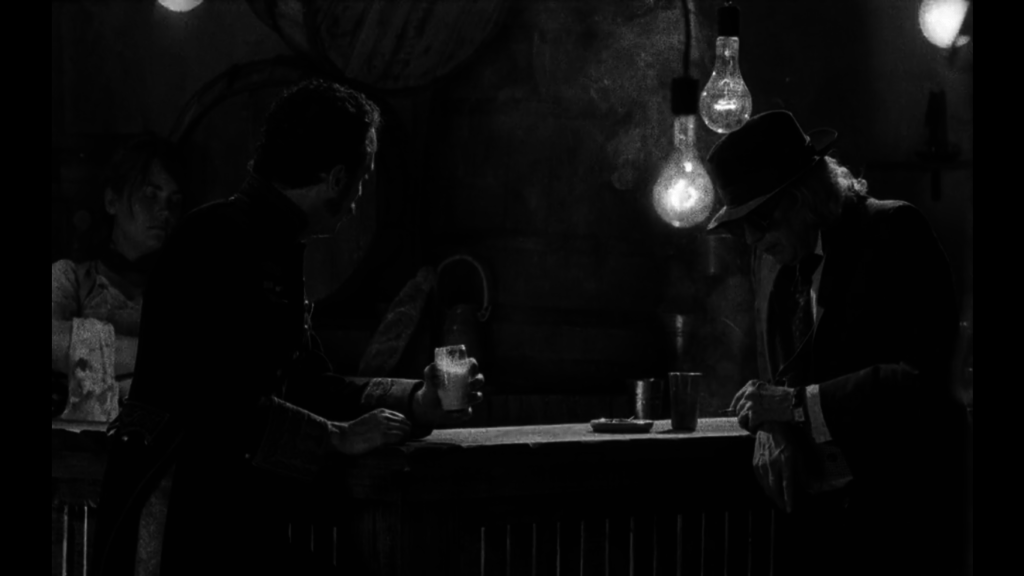 The collective aspects of Schimberg’s dream-world construction seem to be conducive to daydreaming themselves. If one could occupy the spaces within the film, one might find themselves roaming about the rooms perusing the various bric-a-brac while personalities monologue away about the significant and the insignificant – death and suffering or a myriad of inconsequentials. Half listening, half exploring.

It’s an interesting world full of interesting people and that fact is amplified once Schimberg pulls the viewer out the Dadadream into the actuality of reality, placing them in the thicket of one of the most horrifying social events life has to offer – the dinner party. Although the preceding dream-world outright refused to function within the logics of reality, at least there was some semblance of order which has now been replaced with a bit of chaos as editor Vanessa McDonnell shuffles through the various faces talking over one another about the banal. Leading one to wonder: What’s more bizarre, the cinematic adaptation of the fictional works of a fictional folklorist or an innocent dinner party?

Go Down Death Trailer from Grand Motel on Vimeo.