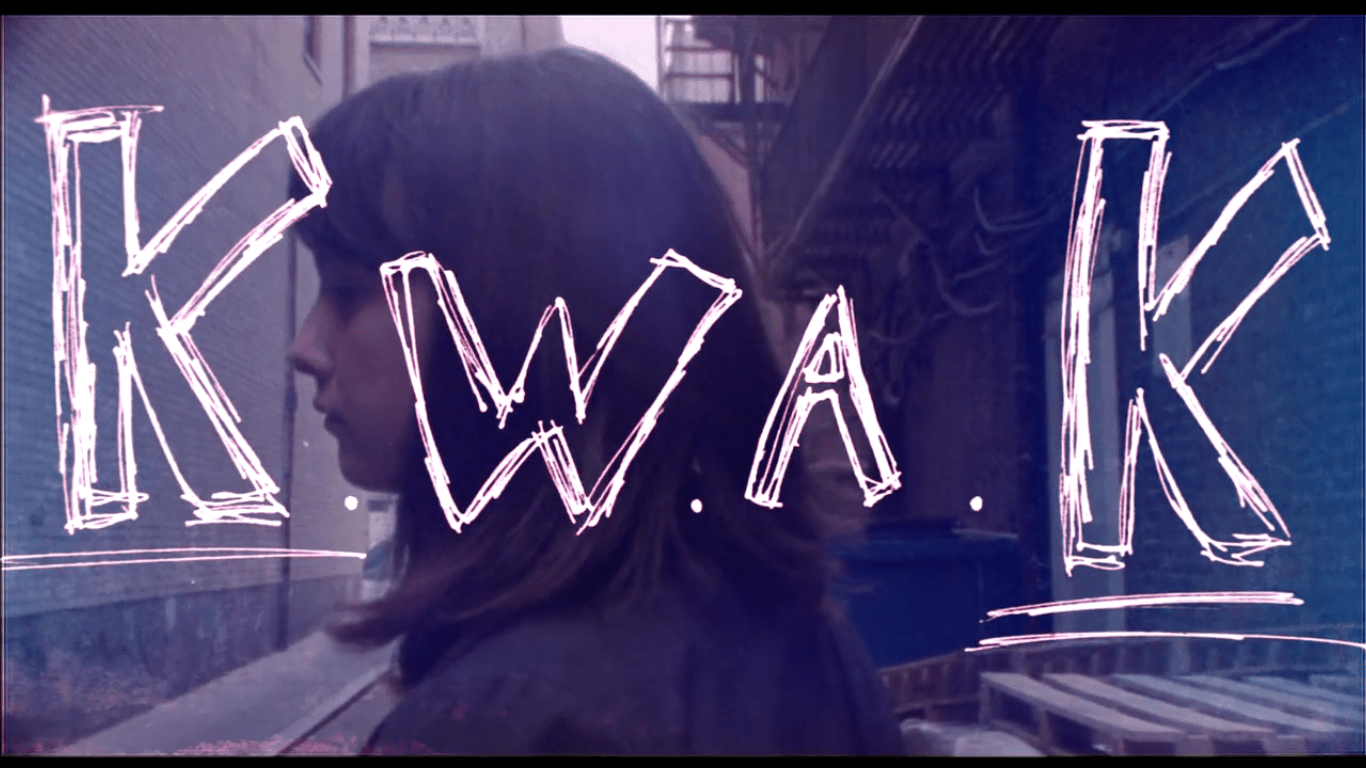 Craig Keller, back in 2012 in his write-up on NoBudge, referred to Ahmed Khawaja and Andre Puca’s KWAK or Kassandra with a K as a “beautiful junk monster that swallowed the older films.” His is an apt assessment because throughout their feature debut I could not help but think of their concoction as an overturned junk drawer of miscellaneous film footage, collected curios of a meandering film production spread across the floor for our consideration.

The presentation of this clutter collection of a film production/life unfolds like selections from a video diary, a melange of moments scripted and unscripted where context dispensing conversations play out as intertitle text on the screen and respites exist for the directors to take a break and hang loose, playing around with celebrity cigarette-smoking impressions. Audio from one scene might play over another, non-corresponding scene or it will play out over the filler-footage of multiple takes or the inconsequential happenings of day-to-day activities; although, day-to-days according to Khawaja include impersonating a homeless man, crowdfunding via streetside busking performances, in order to distract himself from the woman he is making the film about. 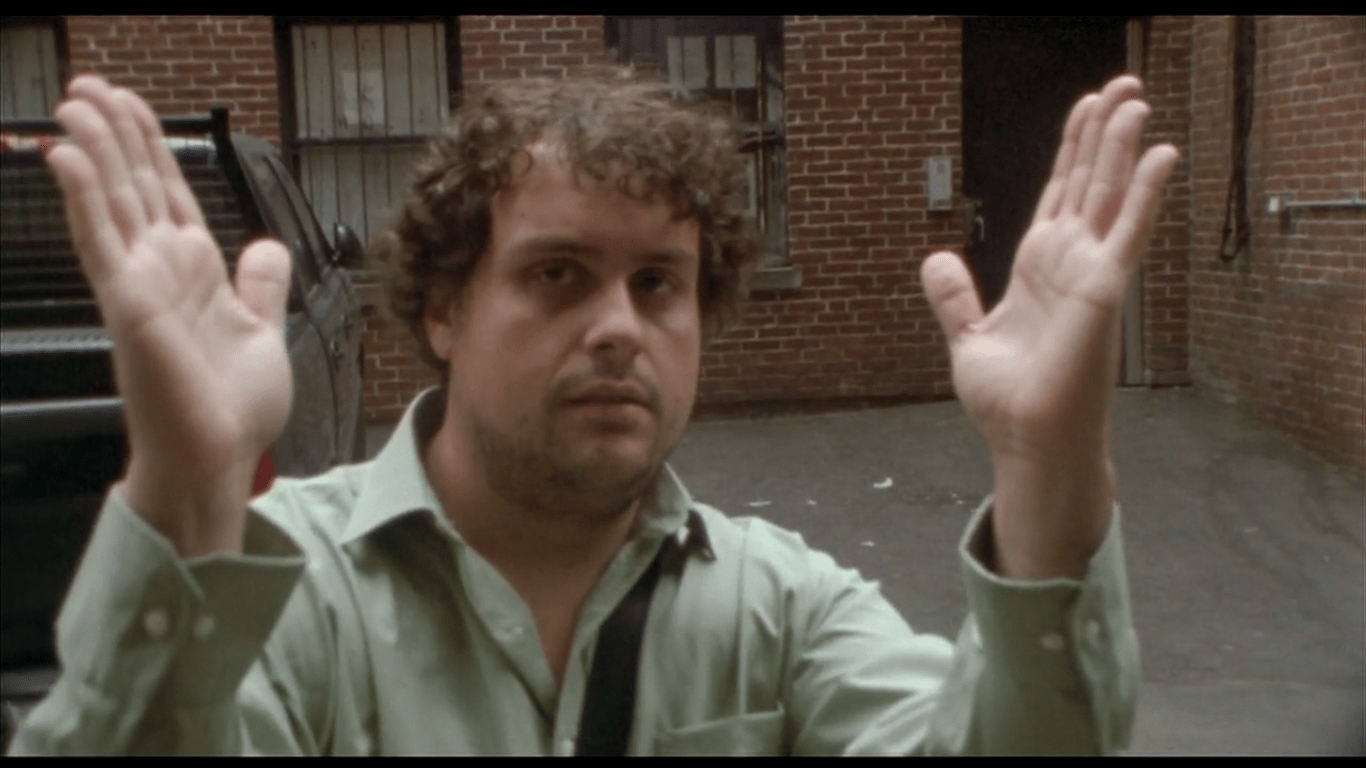 Part autobiography reconstruction, making-of documentary, video journal, docu-fiction hybrid and fictional experiment, KWAK… is many things all at once which definitely keeps things fresh, and therefore intriguing, throughout; the film’s true aim and intentions are tough to pin down as they continually shift their focus from the Kassandra film (titled Ten Nights Bliss) to the making of that film, along with the everyday mundane in between, negating any expectations that one could possibly fathom or form at any given point in time as the directors flirt with the threshold between fact and fiction.

Despite the handful of films that Puca and Khawaja seem to be creating during the course of the film they always seem to wander their way back into reality, overextending or prematurely recording scenes after the yell of a cut or before the crack of a human clapperboard stand-in. The deeper the two go in rendering past experiences as cinematic interpretations they conversely capture an equal (if not greater) amount of genuine interaction free from the constraints of scripts and rehearsals. 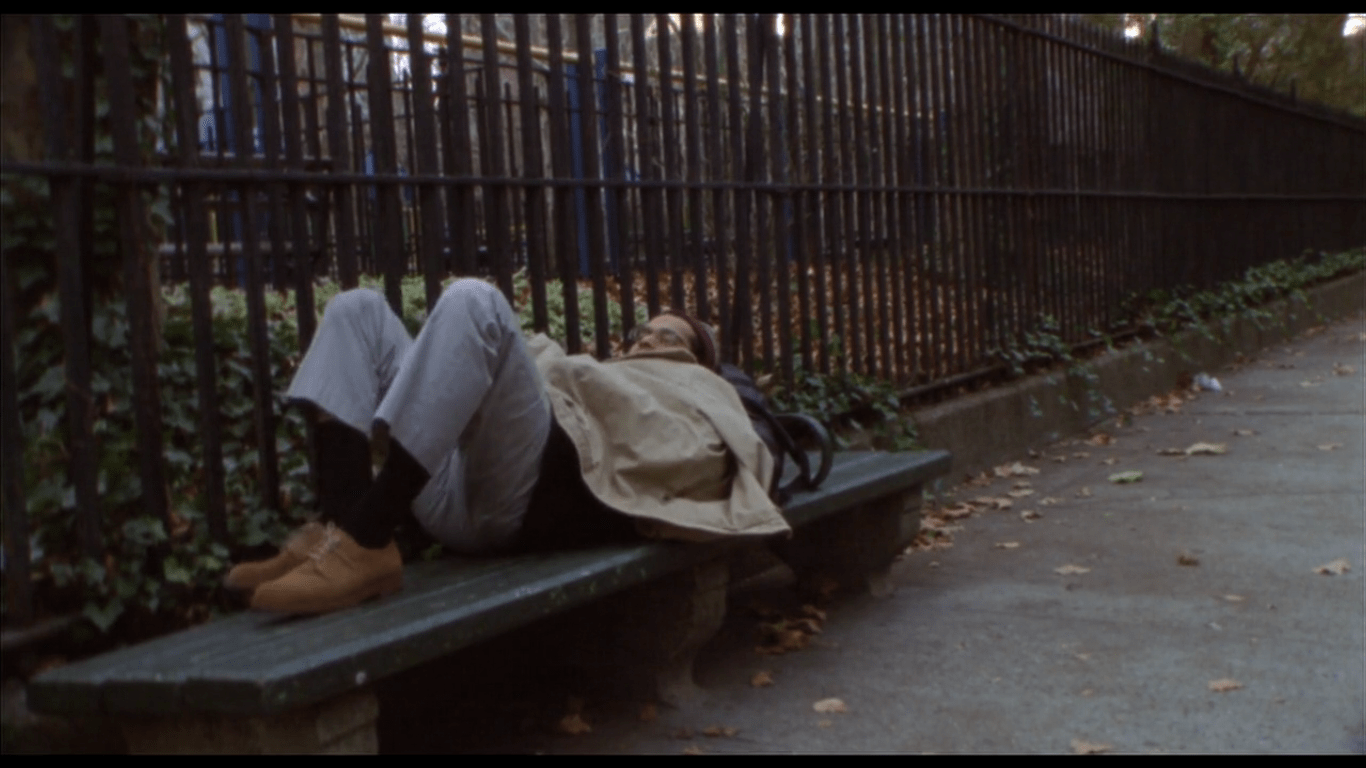 The interactions between Puca and Khawaja actually make up the bulk of KWAK… as their friendship becomes integral to the film itself. Whether he’s manning the camera, providing advice or manning the drums. Puca’s involvement takes center stage alongside Khawaja as the Kassandra thread fades to the back. The question of what went wrong with Kassandra doesn’t seem to be the one Khawaja is looking to answer anymore but more so how overanalyzing that relationship provides illuminating for him and his friendship; even pausing for a bit for a candid, informal interview discussing why they became friends with each other. 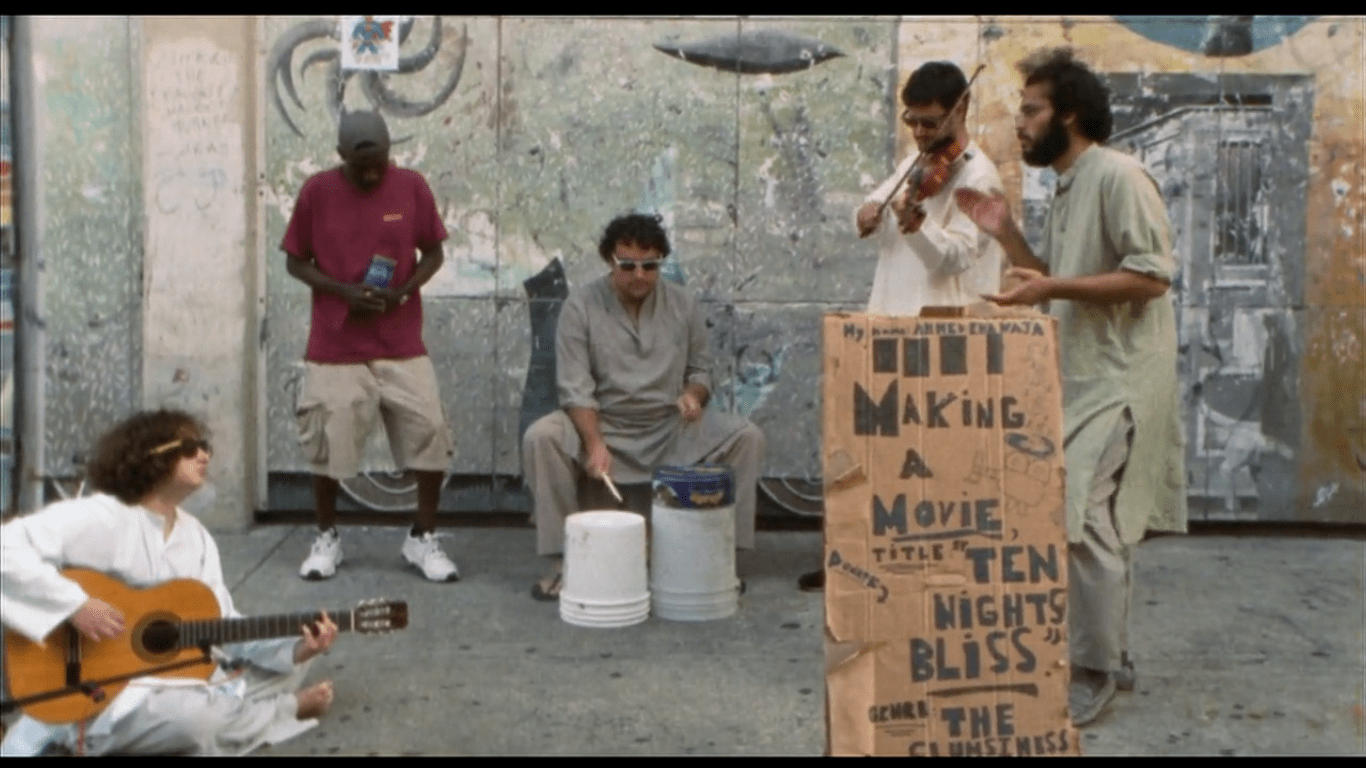 It is a revealing exchange, one that suggests how Khawaja cherishes his relationships and is, perhaps, consumed by them at the same time. Unable to fully examine his failed relationship with Kassandra or move on from that failure. Puca appears to be the catalyst, as well as a willing participant, in helping his friend break free from the stagnation he finds himself in from time to time; he is moral support, an action initiator and a technical/personal facilitator all at once.

Khawaja and Puca have constructed a dense work, disheveled in its themes and structure seemingly about everything and nothing in particular all at the same time, and yet they have also created  a work that is concurrently lightweight given its tone and sense of humor, a jovial jumble of carefree attitudes that cover the surface of a penetrating look at the therapeutic ability of creative expression and the fortifying nature of collaborative relationships.

YOU CAN VIEW THE FILM, IN ITS ENTIRETY, BELOW: