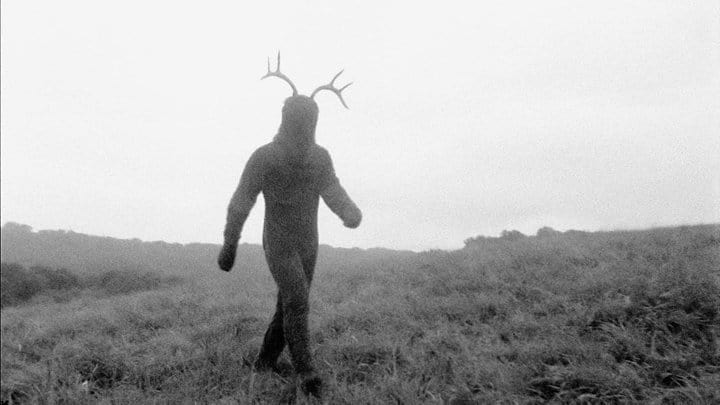 There are a number of aspects to the feature-length debut of Albert Birney and Jon Moses that can be seen (and should be seen) as impressive achievements in the realm of DIY creativity and execution; so many, in fact, that deciding upon the most crucial of these executions in terms of rendering the film an overall success is an impossible task as all of these imaginative facets are integral to the film’s overall charm and allure. The handmade sets, the creature costumes, the original music, the animation techniques, among others all coalesce into one of the more singular films to surface in the past decade (or so); one overloaded with imagination and fantasy.

The Beast Pageant is essentially a two-tone tale, inexplicably laden with tuna imagery, one of monotony and adventure. The first section, a drab routine of employment and uneventful downtime, a mechanical relay of the two portions in our character’s (Abraham, played by director/composer Moses); his employment consisting of the manufacturing of tuna-something-or-others while downtime centers around him interacting with a massive machine that happens to share his room. One wall of his near-empty living space is home to an accumulated mass of every known technological device finagled into some functioning entertainment/necessity providing supercomputer containing a bearded pitchman hawking tuna-centric cereals and a drone-toned woman housed in a black sphere. 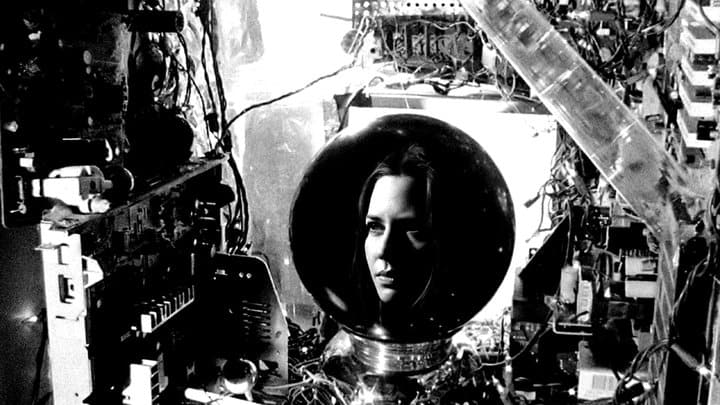 Granted, the beginning portion of The Beast Pageant might be seen as a bit of a slog to work through considering Birney and Moses are establishing the dull routine of our protagonist’s existence and they establish this quite well with nothing much occuring in terms of excitement. Yet, the manifestations of their joined imaginations, along with the crew members’ skill tasked with creating physical versions of these ideas, occupy plenty of the excitement gaps with the workings of the aforementioned supercomputer to the occasional commercials that speckle the day, complete with 8-bit theme songs, goofy mascots or animated oddities like catfish racing. Not to mention that all of these curiosities are captured in black-and-white cinematography with an old Bolex camera that the filmmakers scavenged from a dumpster behind a Baltimore hospital.

The back half is where the adventure kicks in after a blemish on our character’s midsection grows into a smaller, singing-cowboy conjoined twin that guides the larger twin through nature while strumming his guitar and singing his tunes, questing for freedom. The industrial wasteland of the first half is replaced with the splendors of wildlife as well as subtle shifts in the film’s creativity. Now, instead of elaborate mechanical formations we witness geo/biological-based creatures that, either, want to harm, dance, or help out; while the commercial jingles have graduated into full-blown productions as The Beast Pageant Orchestra expand their sound into catchy folk songs that easily stand on their own. 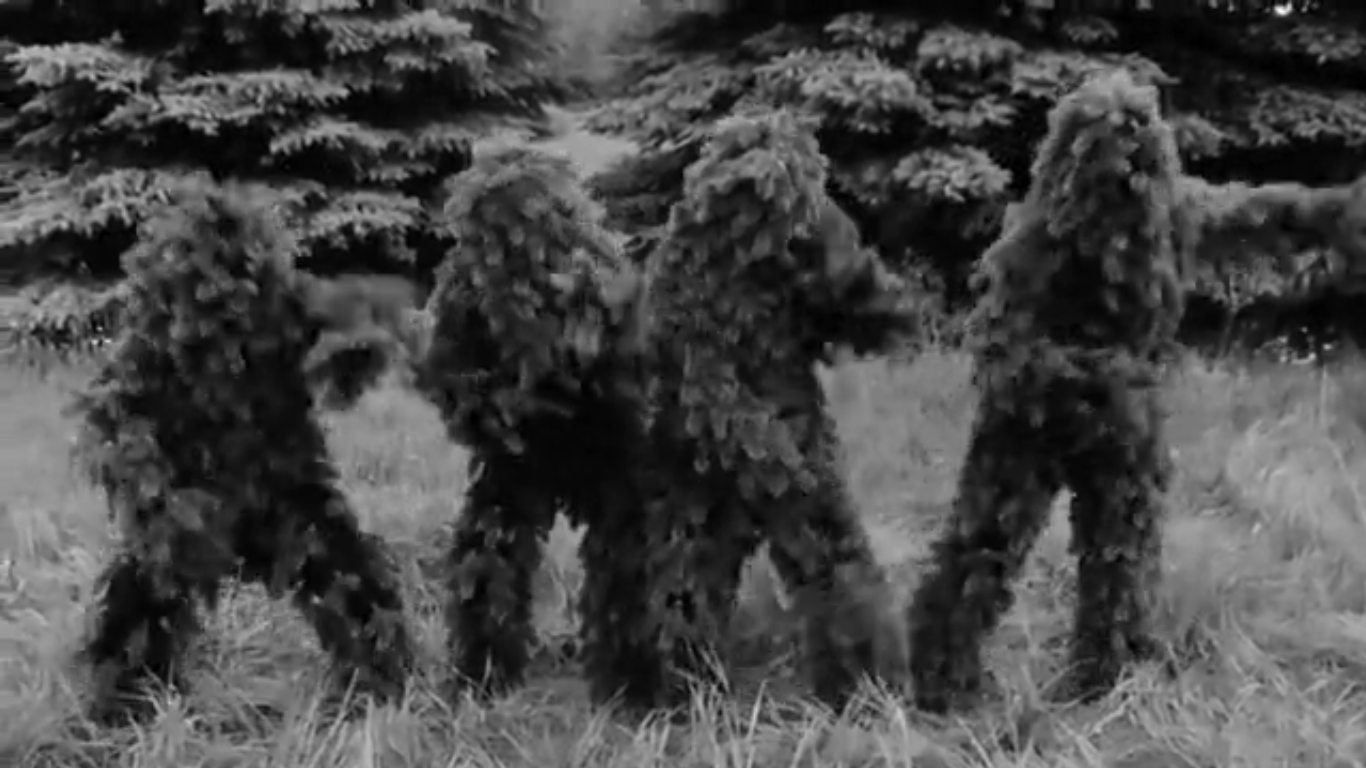 The DIY inventiveness of the production is a sight to behold; the ingenuity on display, especially considering the budget, in The Beast Pageant makes for compelling cinema. Utilizing the natural and unnatural that exists in this reality and reconfiguring those elements into something else entirely, something fit for a new world, at once foreign yet simultaneously recognizable, The Beast Pageant’s crew members continuously astound with each new creation. Everyone involved appears to be having a field day with the production and it is infectious.

The film is one wondrous concept after another beautifully and artfully realized on-screen, a fantasy adventure where anything seems possible, where even the most obscure ideas may grace the viewer’s path at any point. It is an exhilarating experience to be lost inside the world of two overly-active and vibrant imaginations, never knowing where the adventure might lead or what type of creatures/characters one might meet. Perhaps, the most impressive of all the aspects of The Beast Pageant would have to be the remarkable number of ideas gathered and realized within its relatively short runtime, being able to experience so much of its world in so little time.

The Beast Pageant – Trailer from Albert Birney on Vimeo.