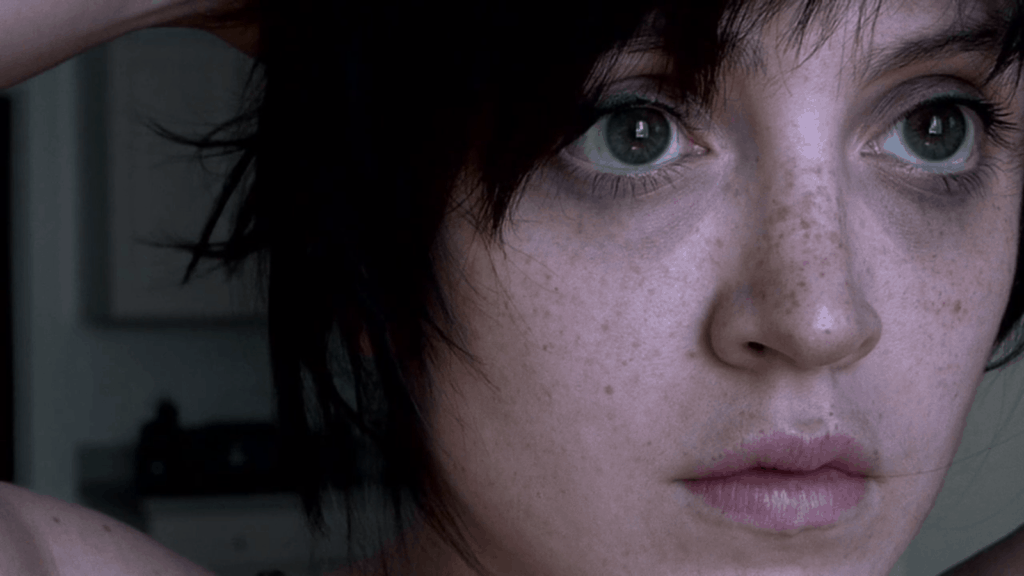 It is not uncommon for American independent films to be centered around grown men stuck in a state of arrested development. While these films usually focus on adolescent-stuck men failing in various avenues (relationships, basic social exchanges, employment, not being assholes), Caleb Johnson’s Joy Kevin instead takes this idea of the childish man and evolves him ever so slightly towards the threshold of fully-functioning adult; married, working towards realizing his goals, and even seeing a therapist to work out his issues and anxieties. Sure, it is his twin brother that happens to specialize in working with children but a therapist nonetheless.

This man is Kevin, played by Jordan Clifford, a comedian continually working on honing his craft – studying his stand-up routines and working/re-working joke after joke. He’s relatively respectable with his fledgling career and the spacious apartment he has with his dancer/choreographer wife, Joy (Tallie Medel).

Early intimate moments establish a great back and forth between Clifford and Medel emphasizing that this semi-stuck-in-adolescence thing is partially mutual. In that there exists an almost habitual mode of engagement between the two that centers around a playfulness rooted in love and care, volleying jokes and silliness with ease, happy and content (to a degree). Their only prospective areas of disagreement and conflict reside in their limited rehearsal space and schedule which happens to be their living room and booking the place involves dog stickers on a makeshift, incoherent calendar. 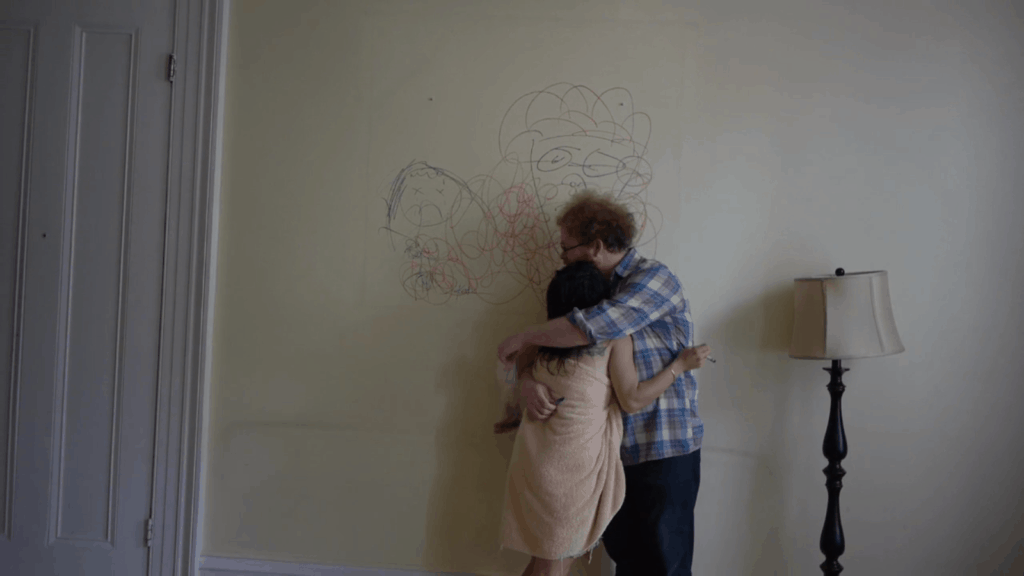 Their entire marriage appears carefree and fun and it seems to be working wonderfully for both of them. That is until it doesn’t as they slowly drift off deeper into their separate endeavors. Kevin attempting to deal with his performance concerns and Joy trying to piece together her ideas alongside auditioning potential collaborators. It is here that Johnson highlights the differences found in their individual struggles. While Kevin spends his time sitting down with his twin brother and then participating in hand therapy with an attractive young woman, Joy is on an island dealing with so much more.

Her first audition with the potential sack-of-potato guy (he is rejected) develops into harassment through badgering pleasantries. The man who has commissioned the piece keeps showing up and interrupting her process by hovering around with demands and entitlement instead of being absent and patient. On top of all of this, she still hasn’t really made much headway with her performance, just bits and pieces that might amount to something or might not. In the midst of all of these compounding events, the fact that she does not have a loved one in her corner supporting her and alleviating some of her stresses begins to take its toll.

Unlike most films such as these Johnson de-centers the man-child choosing instead to focus squarely on the effects of the man-child’s selfishness and how it effectively isolates Joy from what should be her main source of support. This is most evident in one particular stretch that sees Joy finally breakthrough her creative wall only to be immediately met with disdain and condescension. It is also the exact point that Medel dominates the film and elevates it from a casual, marital comedy. 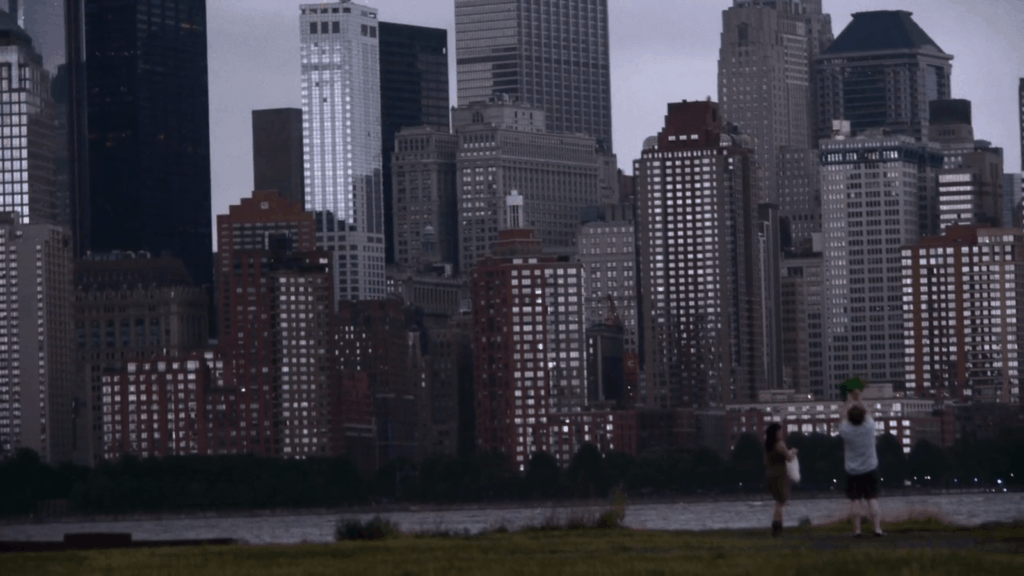 Her excitement is palpable as she describes her newly coalesced performance idea with primitive visual accessories, an excitement that has eluded her throughout her process and coming in just under the deadline of disappointment and in this moment and the moments subsequent is where Medel excels as the freshness of her long-sought joy is immediately spoiled.

From that joy down through its dismantling and in the gloom of its destruction, Joy Kevin essentially becomes a one-woman show as these orbiting irritants tighten their paths. With all of her artistic hardships and setbacks compounding over the course of an afternoon we witness Joy go from triumph to crestfallen, from dejected to literally manhandled, from vulnerable to righteous indignation and then finally to a state of dejection. Not necessarily a state borne out of her treatment but more so because she did not find it within herself to forcefully reject that treatment earlier than she did. 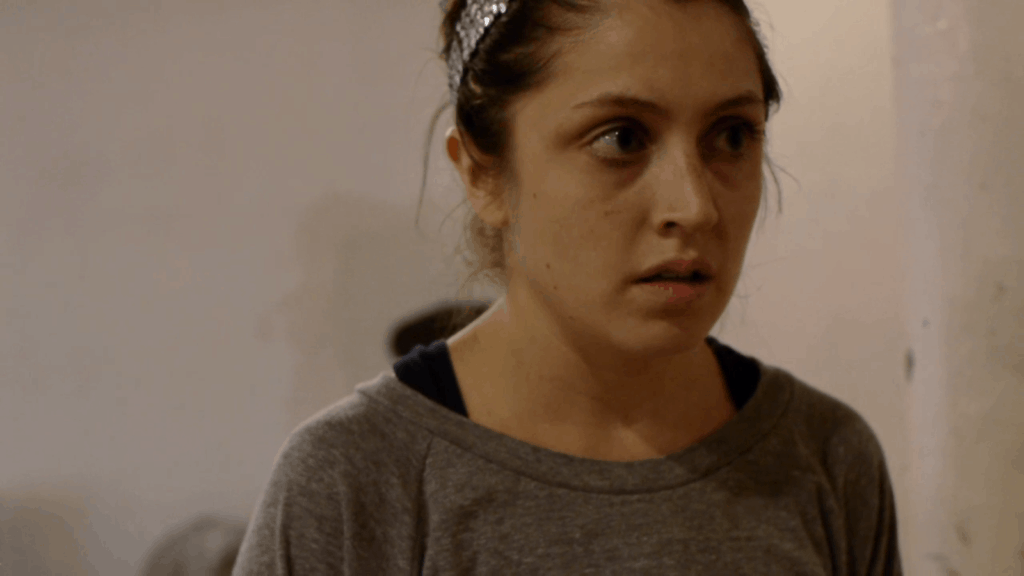 She eventually settles into a sullen state; an understandable sullen state given the behaviors of the men around her especially her husband whose jocular disposition is not equipped with a time and a place radar detection system. So his attempts at diffusing the situation through humor are misguided and ill-advised veering into antagonistic territory with a final straw lighting Joy’s rage reserves sending her deep into the cupboards with tequila in-hand.

Considering its slight runtime certain aspects do come across as incomplete. A short-lived fixation on Joy’s weight and the occasional negative pregnancy test are the points that contribute to this sense. However, again, Medel’s performance overcomes these small stumbles, as does her and Clifford’s chemistry as their relationship feels lived-in and entirely authentic. And, as much as much as Medel elevates this (at times) casual comedy she never fully abandons the comedy altogether. She is able to inject humor into a variety of situations such as crawling into the cupboards or a trivial argument about removing a painting from the living room. All in all, like most women she is able to do so much in such little time.