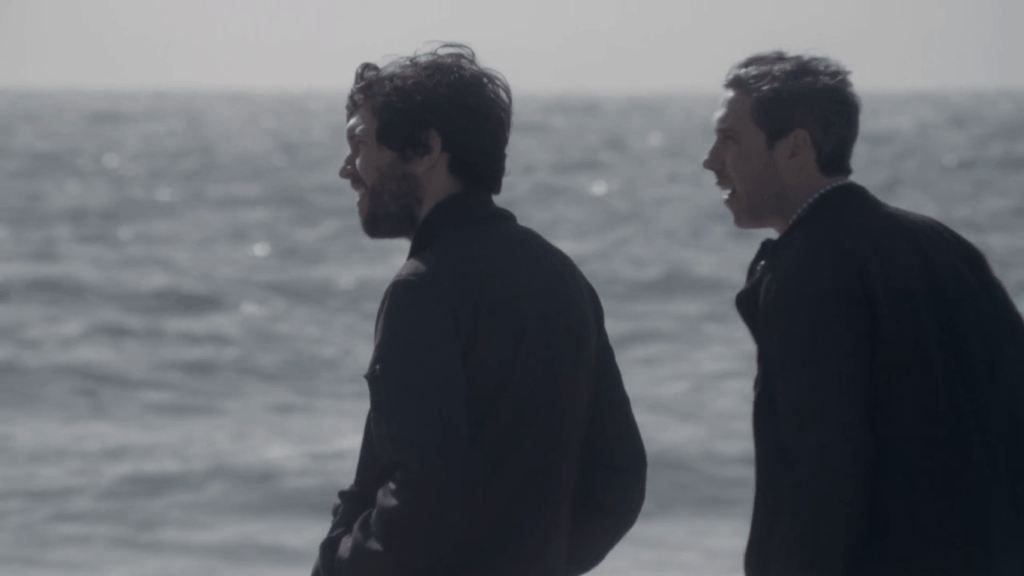 The narrative of Red Right Return appears to be a personal one for writer/director George Manatos, given the way in which he handles the subject matter and its implications; especially the way in which he refrains from manipulating the familiarity of the addiction storyline (like so many other films) into a smothering tapestry of rock-bottoms and strewn-about dramas. In doing so, Manatos crafts a sincere introspection of the struggles with addiction as well as the strain it can put upon a familial bond.

Manatos buries the addiction thread underneath the reconnection attempts of two estranged siblings – Cullen (Leo Fitzpatrick) and Ian (Cris Lankenau) – tentatively groping for entry-points with little to no success, sub/consciously hopeful that nostalgia and adolescent replays might broker the reparative bond they are after. Although, either dampened by the gulf that has developed between them or lacking a sufficient conduit to guide the connection, both appear too apprehensive and/or ultimately too afraid to initiate the proper course; a daunting course, one littered with emotional impediments. 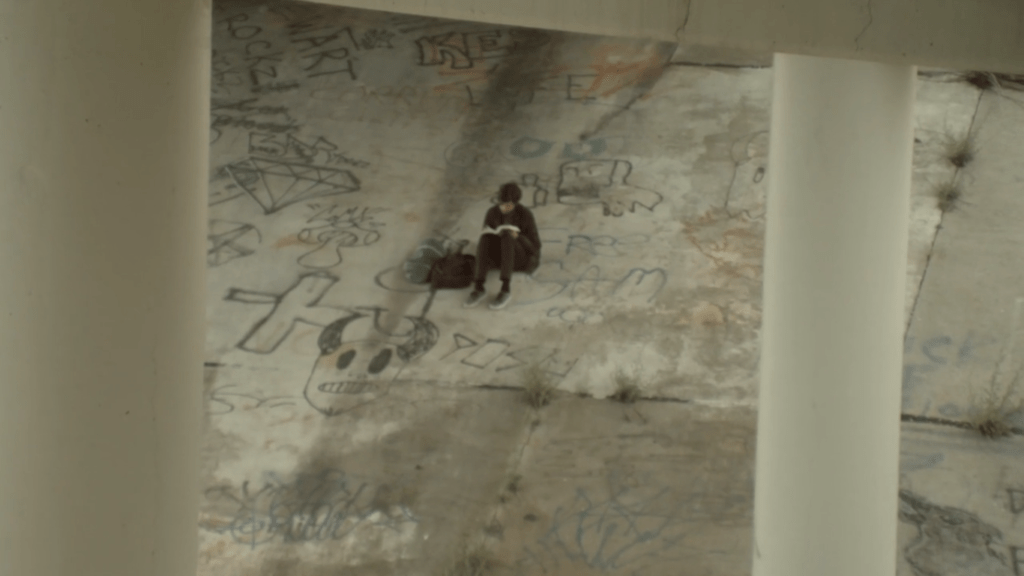 Red Right Return is a constant beating around of the bush with the brotherly duo at its center continually pussyfooting their way around the elephant in the room as attempt after apprehensive attempt of broaching the difficult subject at hand is aborted in the same shaky manner as its unsuccessful introduction; but, no matter how (difficult the topic) hesitant and apprehensive they may be, they continue trying to examine the situation (even when momentary distractions are deployed in the name of well-meaning intentions). They always settle back into trying.

An unassuming gravitas is attained by framing the storyline through a coupling of distanced observation and stifling close-ups, an ebb and flow of reservation and intimacy enameled in overcast, invading the personal spaces of the duo or operating from adjacent rooms of the house, peering through entryways like an eavesdropping loved one silently hoping for a fraternal rekindling to spark without intervention as if unable to decide the correct distance and/or involvement warranted, mirroring the duo’s corresponding inability to discover the right amount as well. 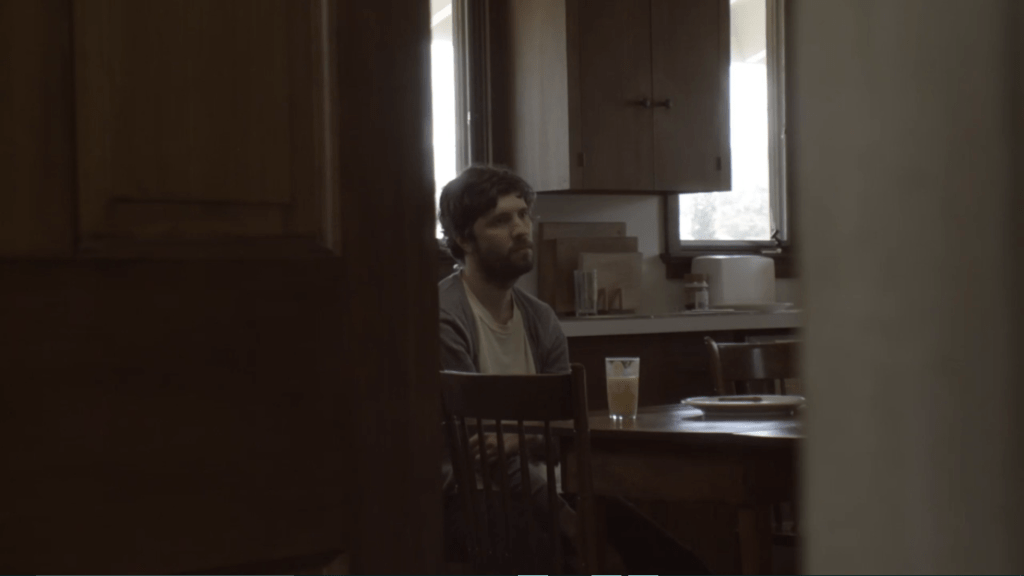 Fitzpatrick and Lankenau solidify the tone through their chemistry and interactions, ably constructing a damaged kinship seemingly through a deconstruction of chemistry itself, a remnant of one remaining after its erosion. While their portrayal of a strained relationship is successful because of both performances, Lankenau’s turn as Ian adds an integral fold to the film’s achieved compassion and sincerity, his rambling thoughts and guarded body language becoming a physical embodiment of searching.

Even when the germ of relapse is finally, fully, introduced Manatos restrains himself from catapulting the film beyond the humble nature he has constructed with Ian alternatively driving further inward instead of an outward rupture of emotion, fraying and ultimately dangling the addiction thread with the threat of relapse in a minimalist manner; a ruminative stretch of simplicity plays out as Lankenau’s determinative journey to a yet-to-be-known destination becomes the apex of uncertainty, a culmination of the all the preceding apprehensions with his prior rambling verbalizations now bottled up in an internal discourse spilling out onto the ground in the form of purposeful footfalls.