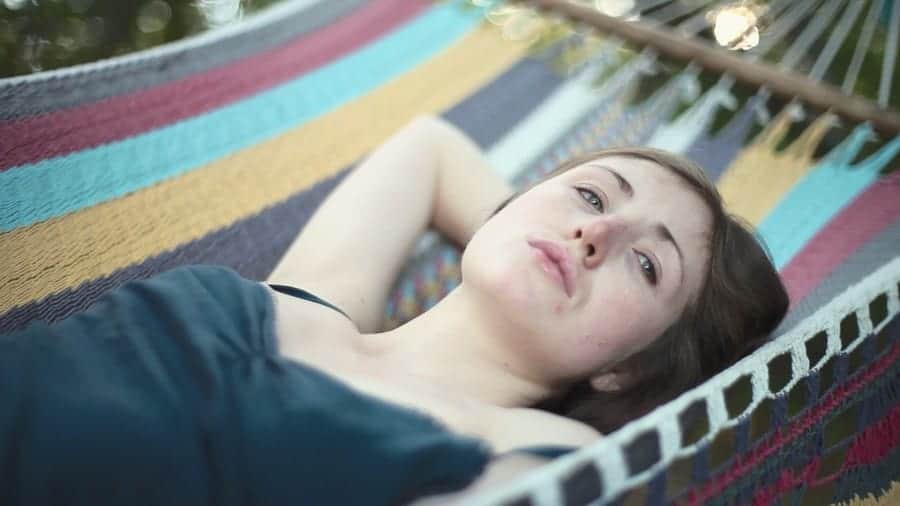 With Green, her directorial debut, actress/producer Sophia Takal has taken the surface-level simplicity of the film’s thematic frame and transformed it into a nuanced exploration of inferred motivations and assumed objectives through a gradual probing of seemingly harmless interactions (both verbal and nonverbal), examining the psychological impact of insecurity, envy and jealousy.

What starts out operating as a simple two-hander between Kate Lyn Sheil’s Genevieve and Takal’s Robin getting acquainted with one another in the midst of a burgeoning friendship, with Genevieve’s boyfriend – Sebastian (Lawrence Michael Levine) – occupying the role of the “third wheel”, Green slowly and deliberately evolves into a love triangle, but not your normal, run-of-the-mill love triangle. The nature of its existence is inconspicuous, even dubious to a certain extent, as the actuality of the threats and the reciprocations are never fully substantiated, only recognized within Genevieve’s mind space. 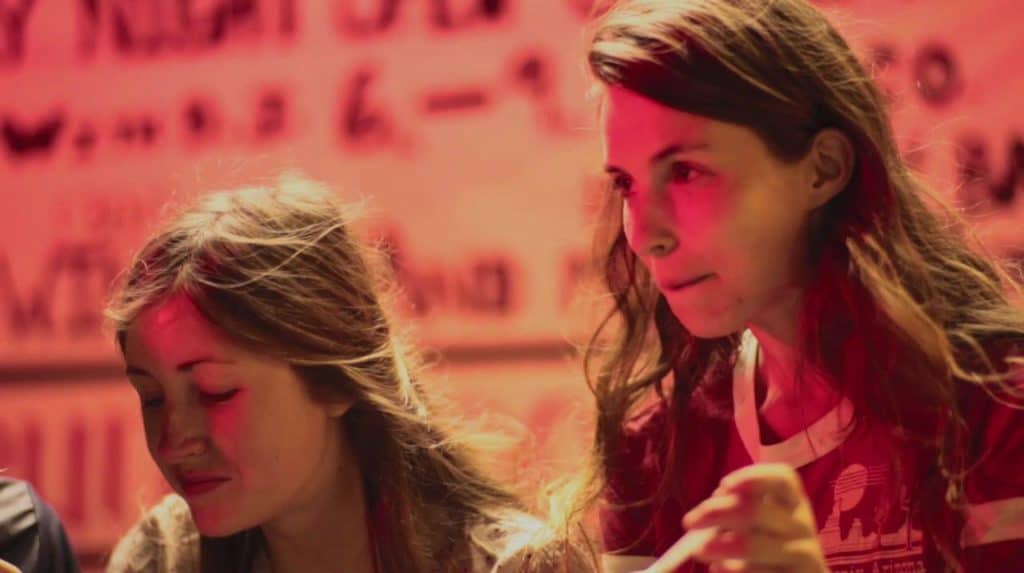 Takal doesn’t stop there; she increases the mystifying quotient by introducing the viewer, first, to the romantic relationship between Genevieve and Sebastian (pre-Robin), painting the soon-to-be fought-over prize of Sebastian as one of the most undesirable trophies the narrative has to offer further rendering all future reasoning to that objective as bewildering. Why is Genevieve overly possessive of such a condescending and domineering man? But, then again, is it even necessary for her to be overly possessive in the first place? Is there an actual threat?

Takal continues this thread through the intermittent detours of sexual daymares that Genevieve conjures in her mind throughout the course of a day, passionate trysts presented in grainy hand-held, seemingly the catalyst for all of her subsequent actions. Yet, within the peril-of-infidelity-driven-by-the-imagination Takal adds yet another crease into the thematic fabric of the film through Sheil’s transformation into a more confident and assertive woman, unafraid to combat Sebastian’s pretentiousness while simultaneously tearing down Robin with passive-aggression. 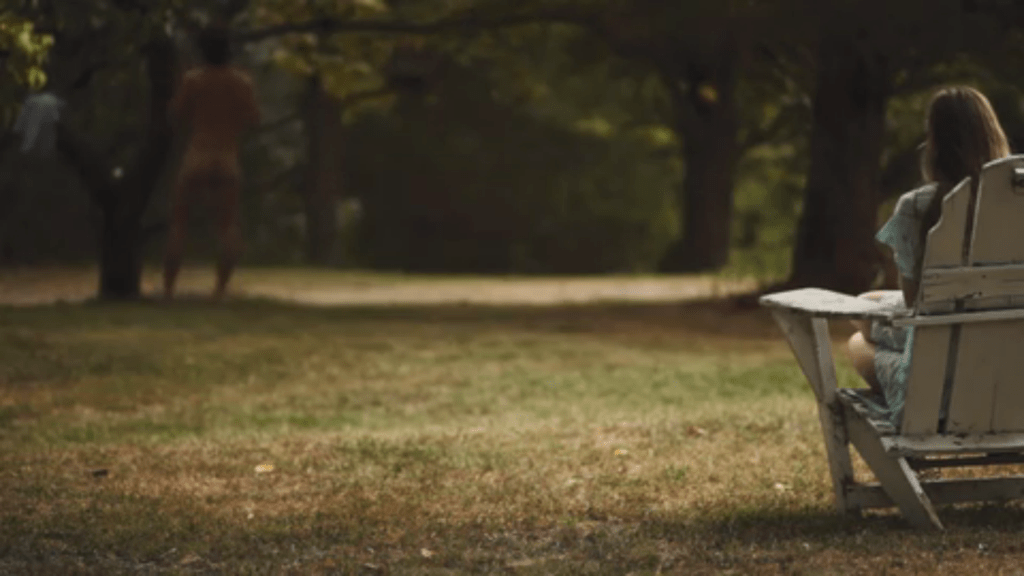 Although Takal’s nimble screenwriting and direction can be attributed to the bulk of the film’s success, Kate Lyn Sheil matches that nimbleness step-for-step with her sly performance, gliding between the differing personalities provided to her, handling subtle transitions in emotion with a graceful ease. Her presence and skill adding volume to little scenes like the way in which stoic discontent slowly washes from her face giving way to speckles of happiness and delight; or, simply, the range she exhibits over the course of the film shifting from her initial state of the docile tag-along into the territory of the fierce cutthroat witnessed towards the end, laying claim to hers and seizing all opportunities with resolve.

Working alongside Sheil, Takal and Levine each deliver solid complementary turns in their supporting roles, providing the necessary opposite to Sheil’s changing traits, shifting alternatively in order to maintain the right balance between all three. Levine appears comfortable-as-can-be as the unrelenting intellectual trying to guide situations to his liking. While, Takal seems to be enjoying herself, bursting onto the scene as a tangle of energy and words (dipped in a Southern accent) before slowly being drained of said energy. 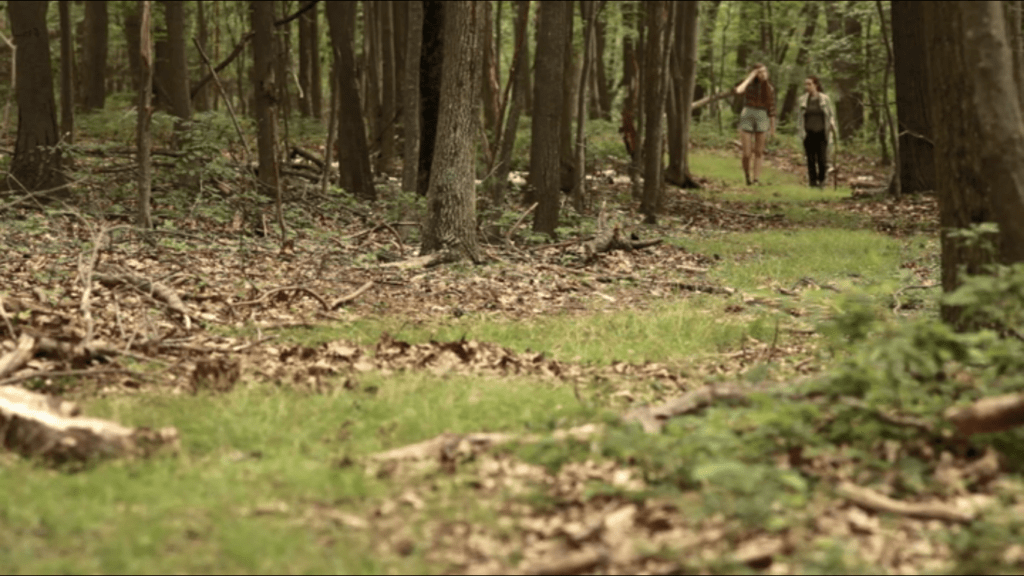 Takal in her first feature has crafted a penetrating dissection of the female psyche, branching out and cutting up the various tangential aspects that comprise the enigma that is the human mind. While the trifecta of performances – Sheil, Takal and Levine – do wonders in illuminating Takal’s writing, the work of cinematographer Nandan Rao (his third time in Unsung Indies) and the individuals responsible for the film’s sound deserve credit as well.

Rao’s camerawork a coupling of static images of sun-drenched verdant frames of foliage and exploratory sways amid dialogue, like the camera is affixed to tree branches rhythmic in the wind. The sound design, a projection of the environment the three find themselves in, a complication of emotions and motivations symbolized in a jumbled mass of nature noises gathering and asphyxiating the should-be serenity.

Green – a film by Sophia Takal – Trailer from Little Teeth Pictures on Vimeo.