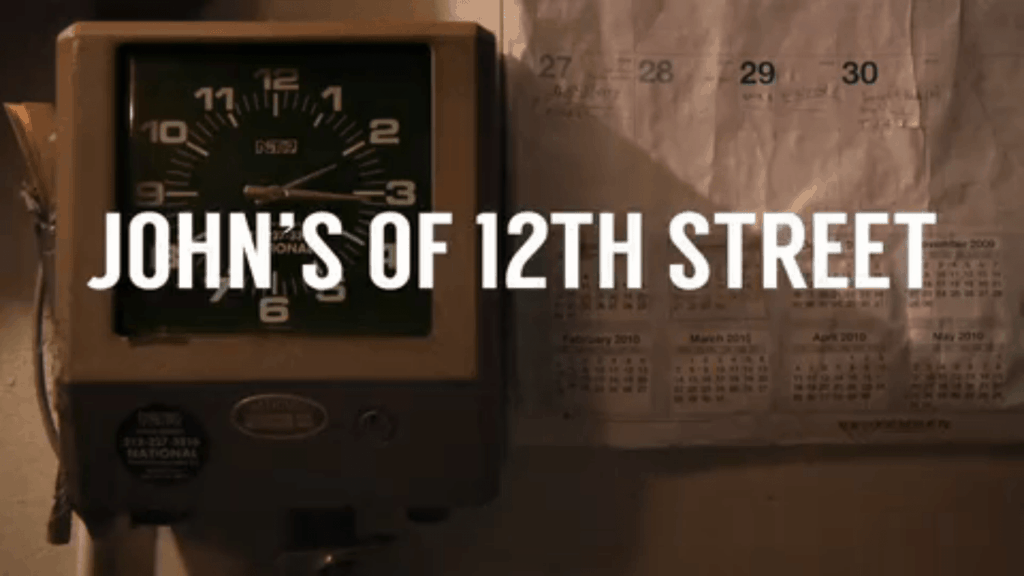 John’s of 12 Street, an Italian restaurant situated in the East Village, has been a neighborhood staple since 1908. A thin corridor flanked candlelit-cozy by booths and tables leading back to a corner bar, kitchen and a bigger dining area for entertaining larger parties, John’s is saturated with a comforting ambiance that suggests home mixed with neighborhood hang-out.

McDonnell’s lens is both a silent observer, a phantom documenter roaming about the tight confines of the kitchen while also surveying the spread of the dining area, and at times an engaged participant, a devoted listener offering an ear and attention to the myriad of characters that are employed or frequent the establishment. But more explicitly, McDonnell’s lens acts as a portal, transporting the viewer into the operation that is John’s of 12th Street by eliminating her presence from the final product. 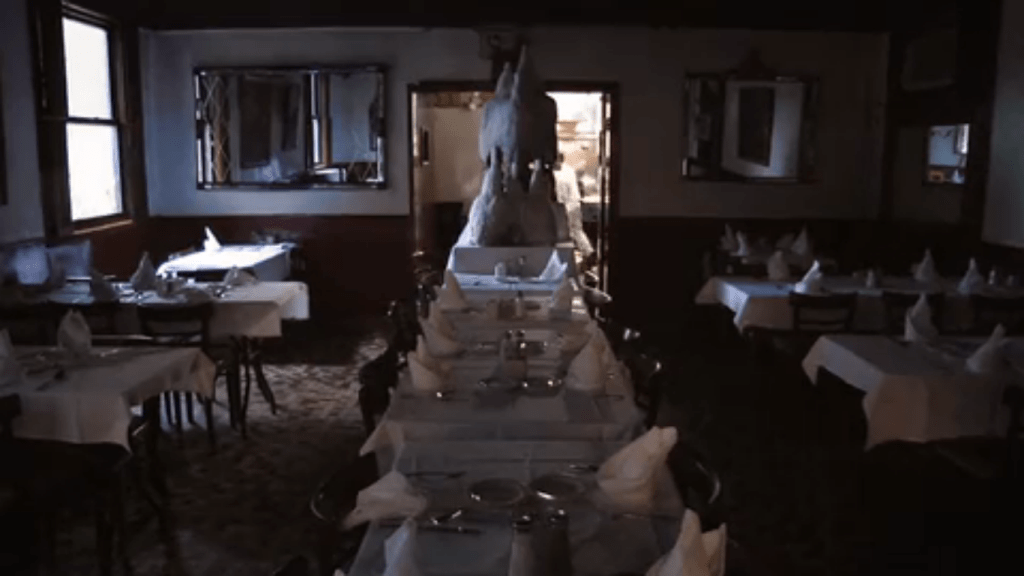 The only time in which you sense her presence (outside of operating the camera) would be through the editing of the day-to-day footage, strung together in such a way that it not only mimics the rhythms of a normal day for the restaurant but it also emanates an effortless air. A low-key yet busy beginning of prep work, detailed door considerations and ill-behaved ATMs slowly builds through the arrival of employees, a one-two punch of tranquility and last-minute scramble before opening that ushers in the ebb and flow of paying customers up until the conclusion of closing time.

McDonnell fully immerses the viewer in the world of John’s of 12th Street, guiding the audience through the in-the-kitchen execution of the menu to the restaurant-managing of stock deliveries and discrepancies to the actual patrons themselves (the film even follows along on take-out deliveries). She keeps it simple (or at least gives the appearance of simplicity) letting the ambiance speak for itself while the community inside do much of the heavy lifting, most everyone has a story to tell (or an anecdote or philosophy to share) and McDonnell kindly provides the allure of an audience. 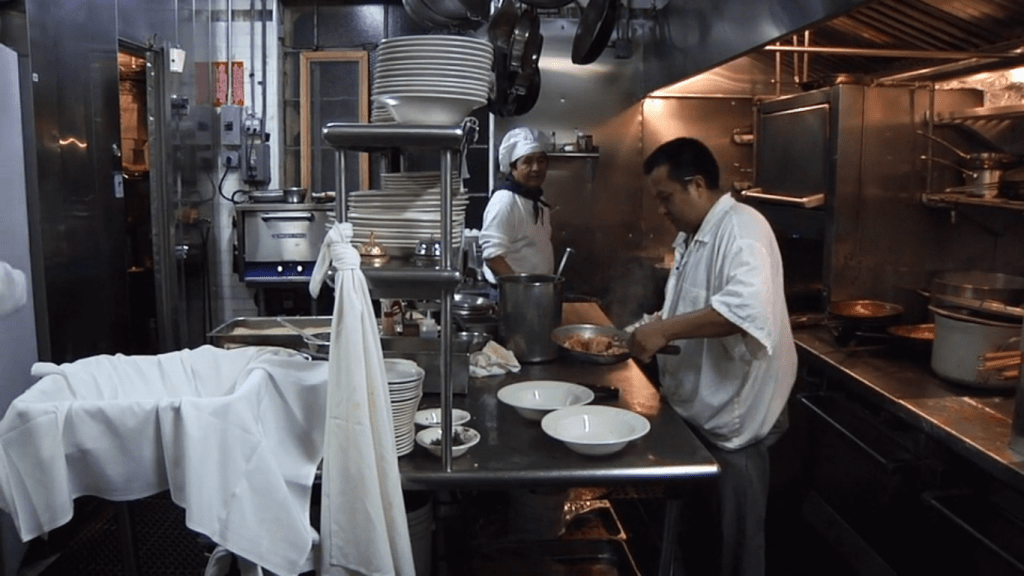 Not only does the camera act as a portal for the audience, it also – within time – becomes a portal for the employees and patrons. Much like the first day of employment, it takes some time for the camera to get acclimated with the employees and vice versa, tentatively regulating itself to the outskirts, soaking in the proceedings; next thing you know, acceptance has been obtained and employees start sharing personal and professional histories with you, employees vent to you and some patrons don’t want you to get the wrong idea; while others want to regale you with their past memories. You’ll get roped into discussions left and right, some entertaining, others not so much but such is life.

You end up experiencing a multitude of interactions and dealings as the documentary morphs into a quasi-first-person involvement. The ambiance and camaraderie of which the restaurant is inundated with, cultivated through the years and years of its existence, is so potent that the audience (via the film) becomes part of the family, part of the community.

JOHN’S OF 12TH STREET from Grand Motel on Vimeo.