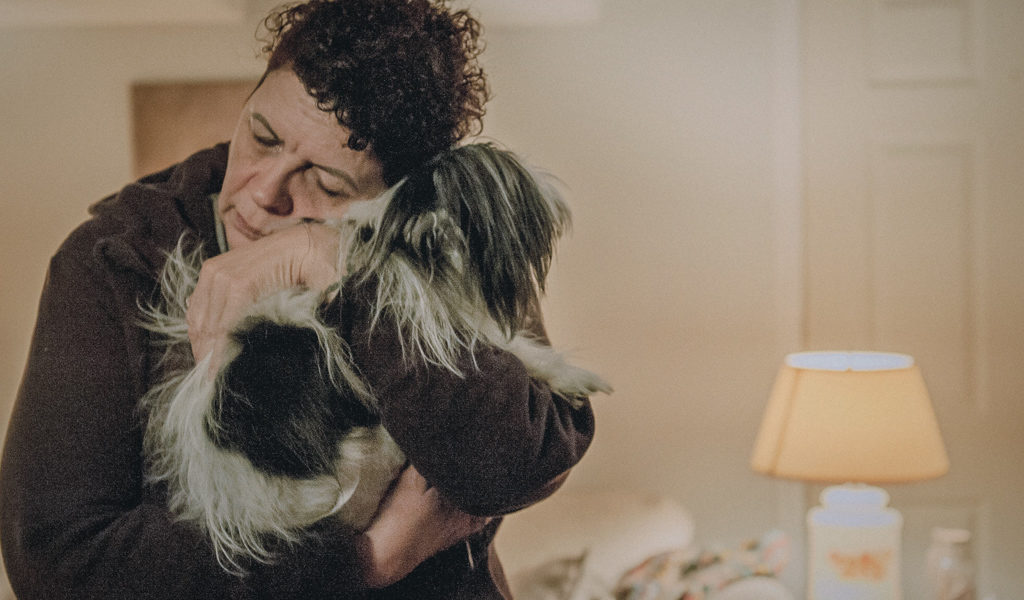 Donna is having a tough time. It starts with recently being convicted with a DWI and being ordered to do community service, but the worst of it is that her daughter has broken off all contact with her because of her drinking and her behavior. However, her community service sentencing is a blessing in disguise as she gets to spend her mandatory hours working at a local animal shelter, which introduces her to a senior dog named Charlie who’s on the verge of being euthanized and who becomes her newest best friend — and then, slowly over time, her newest coping mechanism.

Addiction is addiction; and, in Heather Young‘s feature-length debut, Murmur, she highlights not only the effects of addiction but also how the root causes have the ability to shift that addictive behavior to various objects and actions. Young does so in a remarkably humane fashion as she guides her protagonist through the peaks and valleys of recovery — the backsliding, tiny victories, and every moment in-between.

Donna is a woman looking for a second chance, as is Charlie, and the parallels do not stop there. The two of them are alone, ultimately, with just about everyone in their lives having given up on them. Both of them have heart murmurs, although Charlie has a much longer list of health concerns to contend with than Donna, but the pair tend to each other in the best ways they know how. It’s a symbiotic relationship divided into tangible and intangible care that appears to be deeply affecting and benefitting Donna.

Charlie’s mere presence with his little Suess-like feet has Donna eliminating alcohol from her routine and it greatly uplifts her spirits.  The days are still undoubtedly hard for Donna, but coming home to Charlie takes the edge off. She’s becoming a better person, and that better person wants to rescue more animals. But, like with the other things in her life, what starts out innocently enough snowballs into an untenable situation as Donna has a persistent difficulty with moderation. With one addiction gone, another has taken its place because there is still the underlying issue of her daughter’s silence. 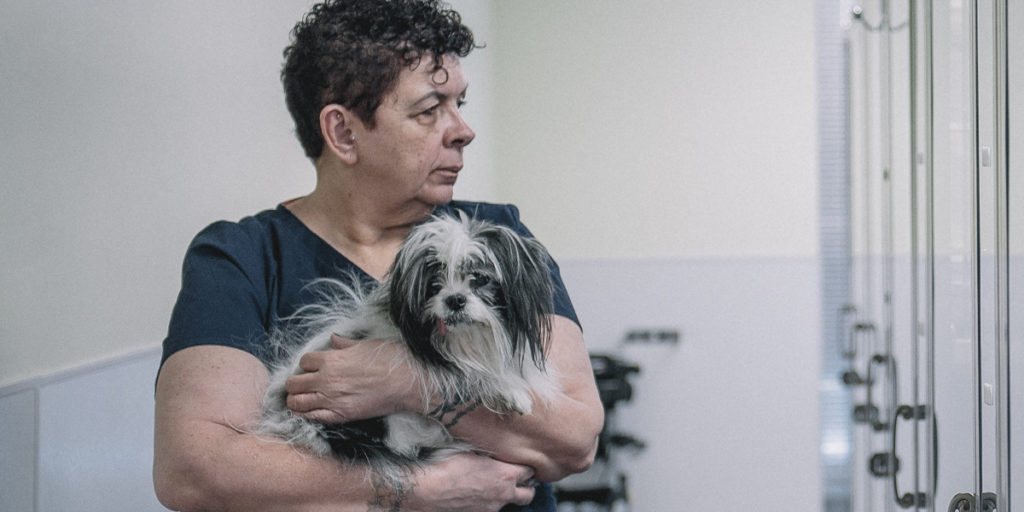 Young, along with her cinematographer Jeffery Wheaton, present this shifting dependency in a relatively plain, matter-of-fact way — static, patient frames capturing the loneliness and simple joys of Donna’s life. The film’s visual simplicity is humbling in its depiction of the ways in which animals can have a profound effect on us in the still moments. A deep sense of compassion is felt in every frame, in a non-judgmental and loving in a way that affords the same empathy to both animals and humans, both portrayed as equals worthy of the same love, care, and concern.

It is a measured approach that neither wallows in sadness nor over sentimentalizes the relationship in a manipulative manner. Instead, Young lets Donna’s days and nights unfold naturally — which, in turn, creates a genuine sense of concern for Donna’s recovery process. There are no embellishments or stylistic adornments, just a wealth of genuine empathy stored into a series of simplistic scenes.

Shan MacDonald’s performance as Donna complements the film’s realistic approach. You could say that MacDonald’s turn is somewhat labored, but it is exactly that unpolished turn that adds another facet to Murmur’s sense of naturalism. Her uncertainty feels real, fully lived-in, and unmistakably apparent in the midst of everything that is going on.

The struggles that her character has to contend with feel all the more real, thus solidifying what is at stake for her and her life — made evident in a particularly heartfelt scene that sees her choking up whilst communicating the importance Charlie has on her well-being.

In her debut, writer/director Heather Young has managed to showcase the humanity of an individual who is currently reeling in her own bout of depression and substance abuse without making the entire affair feel like a grand statement that is aggressively soliciting its audience for sympathy. However, in its own subdued way, it does tug at the old proverbial heartstrings but more so like a dog relentlessly attempting to make a bed in those heartstrings.