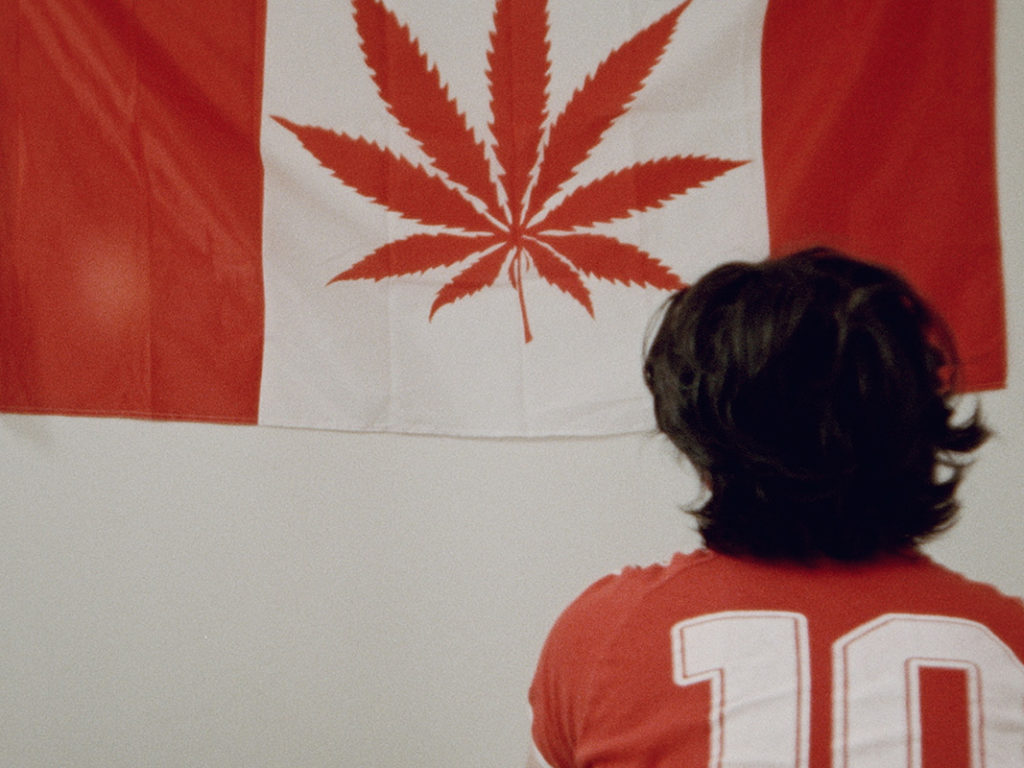 On the surface, there does not appear to be any identifiable motivations and/or clear reasoning as to why a film such as Fabián Velasco and Miloš Mitrovič’s Tapeworm exists, but it sure does. Granted, a film does not need a legitimate reason to exist nor does it have to possess an understandable intention, but it probably should. It definitely helps. It would definitely help Tapeworm which, as it stands, is nothing but a string of loosely-connected vignettes of humdrum misery in Winnipeg.

The film alternates between four separate storylines that occasionally intersect. There’s an unhealthy, miserable man who treats his wife poorly; a couple who likes to smoke weed and have sex on a discarded mattress found alongside a creek; a woman who struggles through her comedy routines while accumulating zero laughs; and a mother and her full-grown, do-nothing son who has her at the end of her rope.

They all do little to nothing of interest in their lives, simply exhibiting behaviors over and over again with the slightest of variations — the bulk of the runtime devoted to a handful of characters moping around. Each sequence seems to be an experiment in overwhelming despondency and abject aimlessness.

Lives, such as those displayed in Tapeworm, exist in reality but surely not in such a way that sees all emotional nuance diminished to a comatose state. To make matters worse, the characters residing in these exaggerated storylines have to do so without the benefit of real personalities.

The individuals each seem to have one defining aspect to themselves that is presented continuously, as if each presentation is a fresh and new development. The actors unfortunately trapped in these situations cannot be faulted, as they appear to be delivering what is asked of them which, again, is not much.

It all has the feel of miserablism for the sake of miserablism — not only the narrative itself but for all those involved, from the actors to the audience. It’s competent filmmaking in terms of the technical aspects of the production, but those are in the service of a vacant, desolate patch of imagination. There is no empathy for these characters, and as such, there is no sympathy to be had, given that these individuals come nowhere close to resembling real, actual people. On the positive side, at least none of their trials and tribulations appear to be played for laughs.

Honestly, the only takeaway seems to be that the City of Winnipeg is the embodiment of dreariness. Although, even that distinction is produced via the lifeless creations that inhabit this representation of Winnipeg. In presenting Winnipeg as a place that has nothing to offer, alongside characters who have little to look forward to, Tapeworm itself is unable to escape the same fate that the filmmakers have manufactured.