Arrow Video has released a new trailer for Why Don’t You Just Die!, which made the festival rounds last year and is coming to theaters, Blu-ray, and Digital HD in April. The violent Russian black comedy follows Matvey (Aleksandr Kuznetsov), whose attempts at killing his girlfriend’s father go ridiculously, and bloodily, awry.

The feature debut from writer/director Kirill Sokolov, Why Don’t You Just Die! also stars Vitaliy Khaev, Evgeniya Kregzhde, Mikhail Gorevoy, and Elena Shevchenko. The film will get a theatrical release in the US and UK on April 10th, followed by Digital HD and Blu-ray, from Arrow, on April 21st.

Matvey (Aleksandr Kuznetsov) has just one objective: to gain entry to his girlfriend’s parents’ apartment and kill her father Andrey (Vitaliy Khaev) with a hammer to restore her honour. But all is not as it initially seems, and Matvey’s attempts to bludgeon the family patriarch to death don’t quite go to plan as Andrey proves a more formidable – not to mention ruthless – opponent than he anticipated… and Matvey, for his part, proves stubbornly unwilling to die. 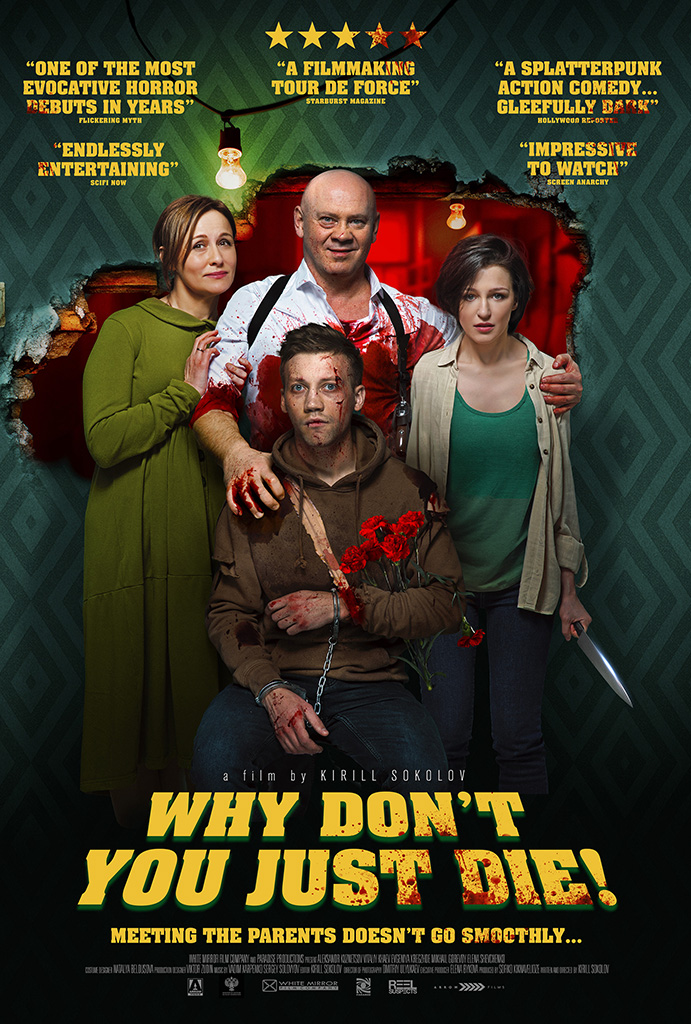