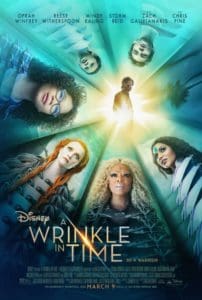 The films you watch as a child generally have an outsized effect on your worldview as you grow. The very purpose of the coming of age story, at least in how parents show them to their children, is to teach the lessons and pains of adolescence. They help you see that your stories are not just your own, that you yourself are not alone, and that there is something resembling hope on the horizon.

Those are the lessons of Ava DuVernay’s adaptation of Madeleine L’Engle’s A Wrinkle in Time, a story about a girl who crosses the universe to find her father and at the same time see more in herself than she believed was there.

Starring Storm Reid (who you might recognize from 2016’s Sleight) as Meg Murry, the film is incredibly ambitious in trying to show both the extravagant beauty of the universe and the infinitesimal detail of one girl’s loneliness. Having lost her father (Chris Pine) at a young age, she goes to school facing bullying and a lack of understanding from authority figures who only see her aggression and not the causes of it.  One day her younger brother Charles Wallace (played by Deric McCabe who will likely make or break this film for you) introduces her to Mrs. Whatsit (Reese Witherspoon), a mystical being with a message for the Murrys.

In the following days, Charles Wallace, Meg, and a local friend Calvin (Levi Miller) also meet Mrs. Which (Oprah Winfrey) and Mrs. Who (Mindy Kaling) and quickly shuffle away from earth onto other fantastical realms in search of Meg’s father. 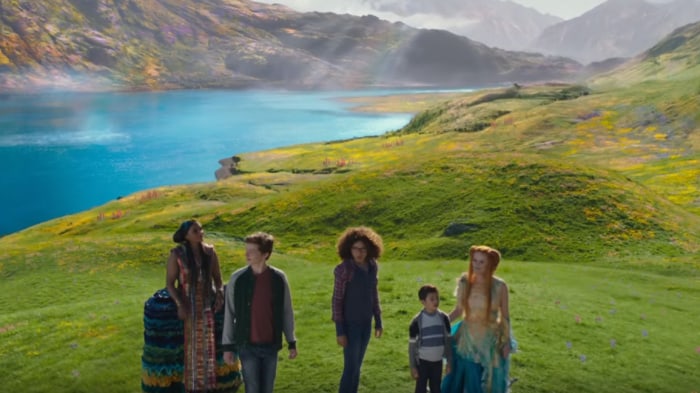 Now, this film is far from perfect. Like other recent films (Denial and Detroit both come to mind as darker examples) A Wrinkle in Time suffers from having too much content and world building to put in a two hour film. There are so many obvious break points where all I wanted was to cut a chunk off, make it an episode of a ten-part miniseries and flesh out the world without rushing.

The cast is totally magnificent, traversing the emotional and tonal shifts required of the narrative well. Reese Witherspoon has never shown comedic chops like this before, and all three of the kids have long careers ahead of them. The problem really, and ironically, comes down to the use of time. 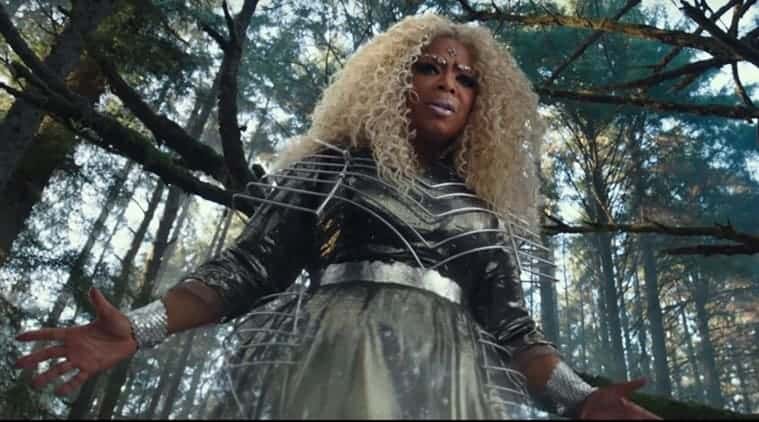 The world building and aesthetic production of the film is so exquisite and detailed I wish I could have spent so much more time there. Reminiscent of both Jupiter Ascending and Valerian and the City of a Thousand Planets, this film is an embarrassment of visual riches. And unlike those two films, this story is actually very sweet and compelling. It’s just too much story for the time it had to tell it.

What gives me hope about A Wrinkle in Time is that many children will see this film now and fall in love with the world. I never read the novel but I imagine this will inspire many to go and rediscover L’Engle’s series. It will enter the realm of Labyrinth, The Neverending Story, The Black Cauldron, and Hocus Pocus as a film whose child devotees will bring it back for reconsideration decades later. But most importantly, those kids will find here a story that feels authentic to growing up. Too many women of color in my life have described the exact anxieties that Meg suffers through in this film, and how long it took them to realize that they were not alone in that suffering. A Wrinkle in Time is a lovely children’s film that will have a positive impact on the world, and I think we should all be very grateful for that.