‘On the Road’ Trailer

Finally, here is the first look at On the Road directed by Walter Salles. Based on Jack Kerouac’s masterpiece of the same name, On the Road is regarded as “the bible of the Beat Generation”. It is scripted by The Rest of the Tribeca Films

Tribeca has announced the out-of-competition films in Spotlight, Cinemania, TFF/ESPN Sports Film Festival and the Special Screenings today for their upcoming 2012 festival (April 18-29). There are a lot of interesting titles in these programs and here are a few to look At the end of February it was announced that The Five-Year Engagement, the newest film from the creative team behind Forgetting Sarah Marshall, was going to be opening the 2012 Tribeca Film Festival, set to take place from April 18 through Shortlist recently spoke to Mark Wahlberg, where he shared his hopes in remaking the Norwegian thriller Headhunters, the film adaptation of Jo Nesbo’s novel. He said “I saw a film recently called Headhunters, It’s a Norwegian film and it’s one of Oslo, August 31st is the newest adaptation of the novel Le feu follet by Pierre Drieu La Rochelle. The novel was adapted for the screen before in 1963 by none

Here's the first trailer for Abel Ferrara's new film '4:44 Last Day on Earth', which is a look at what would happen if everyone knew the world was going to end at 4:44 AM. The trailer looks promising, not to mention A Separation is nominated for two Oscars – one for Best Foreign Language Film and one for Best Original Screenplay. It also won the

The 12th incarnation of Film Comment magazine’s festival “of handpicked lineup of the coming soon and the never-coming-back, the rare and the rediscovered, the unclassifiable and the underrated” started yesterday, February 17th and runs through March 1st, at

Honestly, I have no idea what to say about this little clip from Nicolas Cage’s sitdown with Showbiz 411. Watch and revel in Cage’s otherworldly genius.

God that was great. Ohh and he discusses urinating fire to bring a smile to the It seems we’ve been stuck in a k-hole of facepalms this week, starting with news that there is a remake of Hitchcock’s Rebecca on the way from DreamWorks. Then, we find out that Paramount is planning to remake Hitchcock’s Suspicion (take 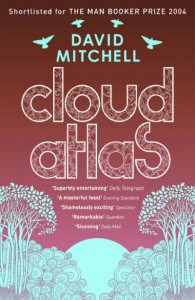 Hugh Grant recently sat down with Empire, for the newest issue, to talk about his film career, but more importantly to talk about the upcoming Tom Tywker and Lana and Andy Wachowski adaptation of Cloud Atlas.  In case you Michel Gondry is adapting Mood Indigo, a sci-fi/fantasy novel by French novelist Boris Vian. Mood Indigo is also known as Foam of the Daze or Froth on the Daydream, but you already knew that.