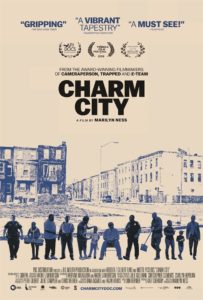 This is a repost of our review from Human Rights Watch 2018. Charm City opens in Los Angeles Friday.

Soon after the death of Freddie Gray, at the hands of the Baltimore Police Department, is where documentary filmmaker Marilyn Ness places herself for her latest film, Charm City; in the midst of a city currently on pace to have its highest rate of homicide since 1993 — a fact, along with others, that Ness periodically proffers via on-screen text, bypassing the talking-head format.

Instead, what Ness and her cinematographers — Andre Lambertson and John Benam — do is present the crisis and its potential solutions from three distinct viewpoints, with all the proceedings captured with little to no outside involvement. It’s done in an observational style, much like a camera crew simply shadowing the action with the final footage of the three, interlaced to create a thorough portrait of Baltimore and its population dealing with the escalating violence. 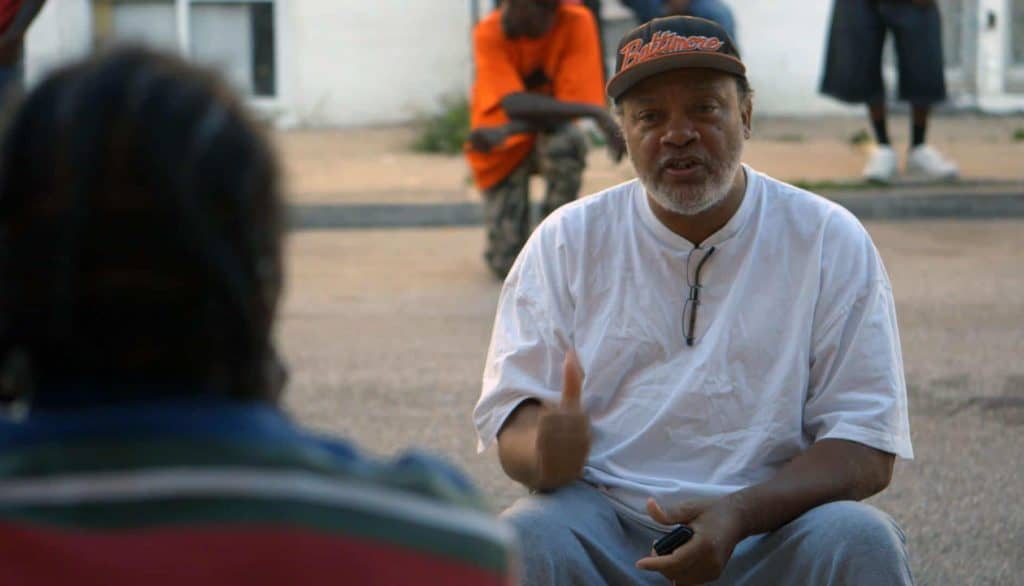 The three viewpoints that make up Charm City work from the proverbial frontlines with focus on The Rose Street Community Center — which is led by Clayton “Mr. C” Guyton, who left his position as corrections officer in 1998 to open the Center; the intermediary following the Southern District Police Department — more specifically Officers Eric Winston and John Gregorio and Major Monique Brown; and those in charge of proposing policy, the City Council, represented by Councilman Brandon Scott.

The majority of the screen time is afforded to the members of The Rose Street Community Center and for good reason. Every moment spent within their company — as they carry out their numerous programs, which include neighborhood cleaning, movie nights, confrontation mediation and more — is full of warmth and compassion. Because of their humanitarian commitment, the other two segments fail to live up to the efforts of Rose Street, existing as an opposite, in ways, slightly repetitive showcases of non-active conference and police patrols.

Perhaps the unbalanced screen time is indicative of the efforts being put in or the immediate impact they provide. Non-work excursions of Officer Winston and Councilman Scott are shown as ways in which these men find time to decompress from the stressors of their occupations, while no such leisurely respites exist for the people of Rose Street. One sequence in particular, wherein Major Brown and her colleagues grumble about the implementation of 12-hour shifts, is counteracted by the unending efforts of Mr. C and his crew working 24-hour shifts, day-in, day-out. 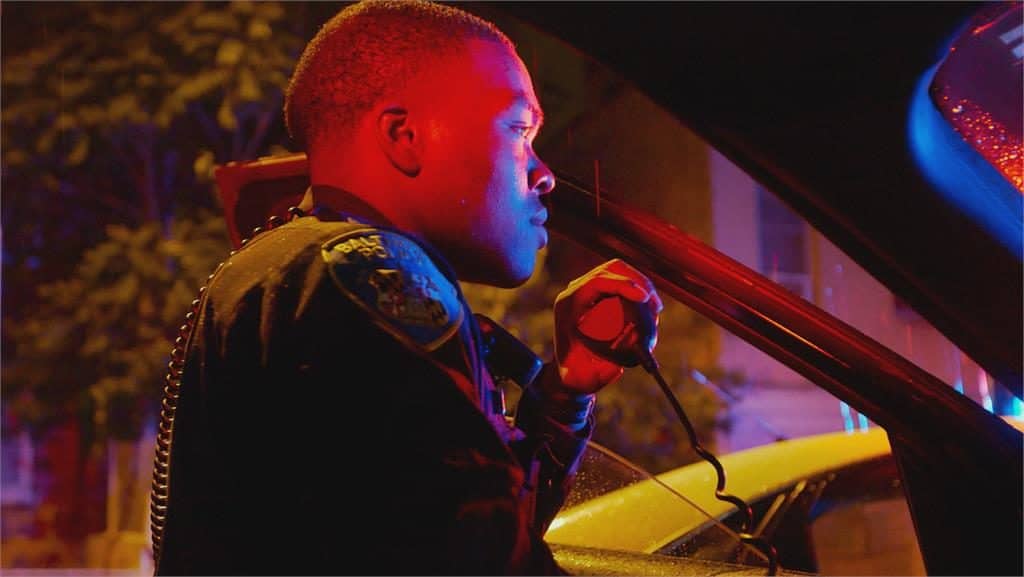 In Ness’s spotlight of Rose Street, she captures the film’s brightest star — Alex Long, one of Mr. C’s “sons.” The beauty of such documentaries as Charm City, the type of film that simply shadows an individual or a group of individuals, is that every so often they inadvertently strike gold by capturing someone who can only exist in real life, indirectly exposing the limitations of narrative filmmaking. I don’t think any artist could visualize and construct a fictional character, hard as one might, who even remotely comes close to the compelling nature of, and having such a robust personality as, Alex Long. He is a towering symbol of selflessness, resiliency and optimism.

In Ness’ search, and ultimately presentation, of the humanity at the core of Baltimore’s homicide epidemic across three separate facets of the city’s population, it becomes increasingly clear that that humanity is far easier found the closer Ness and her team get to the actual neighborhoods affected, more specifically, the work being done by the residents of the Rose Street community. Their seemingly ceaseless activities cast tall shadows over the bureaucratic and mechanical drudgery of the government institutions officially tasked with finding solutions to these problems.

Charm City is an incomplete portrait but a worthwhile one nonetheless. Obviously, the complexities and depth of Baltimore’s situation make any attempt at a comprehensive portrayal futile, considering time constraints and the unavoidable influence the camera yields. Although, at the very least, the viewer is introduced to the work of Mr. C and his Rose Street Community Center and most especially Alex Long, whose presence makes Charm City a must-see.