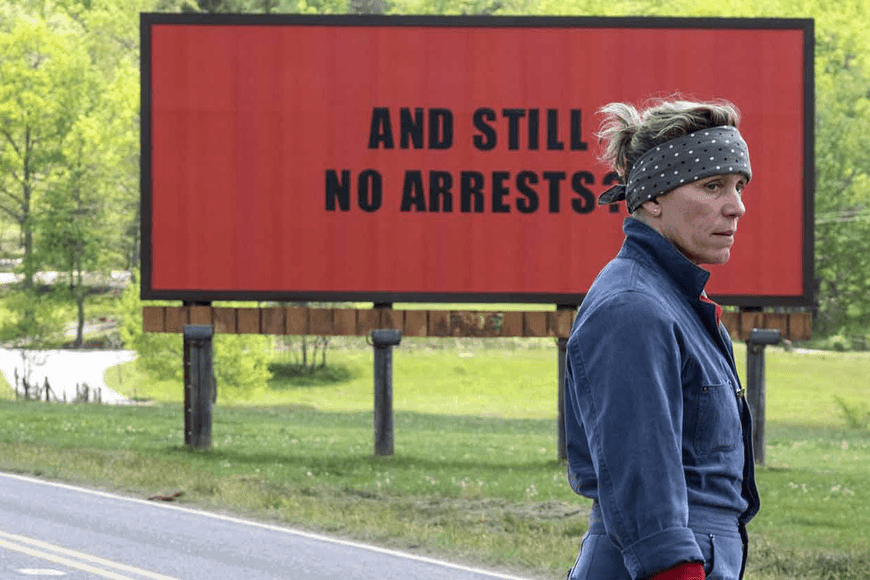 We’ve arrived at the end of one of the most tumultuous awards seasons in quite some time. While many of the races have been sewn up, some are only deceptively safe, while others – including Best Picture – remain quite visibly wide open. This is the kind of year that awards fans adore: a mix of the certain…and the certain to surprise. With that in mind, I’m taking my annual stab at prognostication.

Out of the nominees, it’s fairly easy to narrow it down to a 90% chance that it will go to one of three movies – Three Billboards, Get Out or The Shape of Water – with a 10% chance that Best Picture’s preferential ballot will deliver us a reeling shock. Right now, I give the edge to Martin McDonagh’s crime dramedy. Superbly acted and feverishly written, the overriding whirlwind of profane, righteous fury has allowed many precursor voters to overlook issues with the script’s characterization and structural arcs, as well as largely tune out the backlash over the film’s handling of race.

Del Toro is a popular and passionate guy. He’s swept every major award, and there’s no reason to believe his momentum has fallen off now. While talk of a possible upset at the hands of Christopher Nolan hasn’t died down, it seems to be relegated to random online chatter for the internet’s favorite director.

A bracing, Oscar-ready performance if there ever was one, the Academy seems ready to finally honor an overdue Oldman.

McDormand’s refreshingly non-Hollywood personality and subsequent refusal to campaign has ended up helping her in the end, with her appearances at the awards shows themselves resulting in unexpectedly rousing acceptance speeches for her many victories. It’s been 21 years since her win for Fargo, and the Academy seems ready go for Round 2.

Don’t discount the possibility of a vote split with Three Billboards co-star Woody Harrelson (though this didn’t factor in at the Screen Actors Guild Awards), which would augment the genial campaign run by The Florida Project’s Willem Dafoe, but Rockwell is a sufficiently likable and a well versed actor who’s made many friends in the industry. 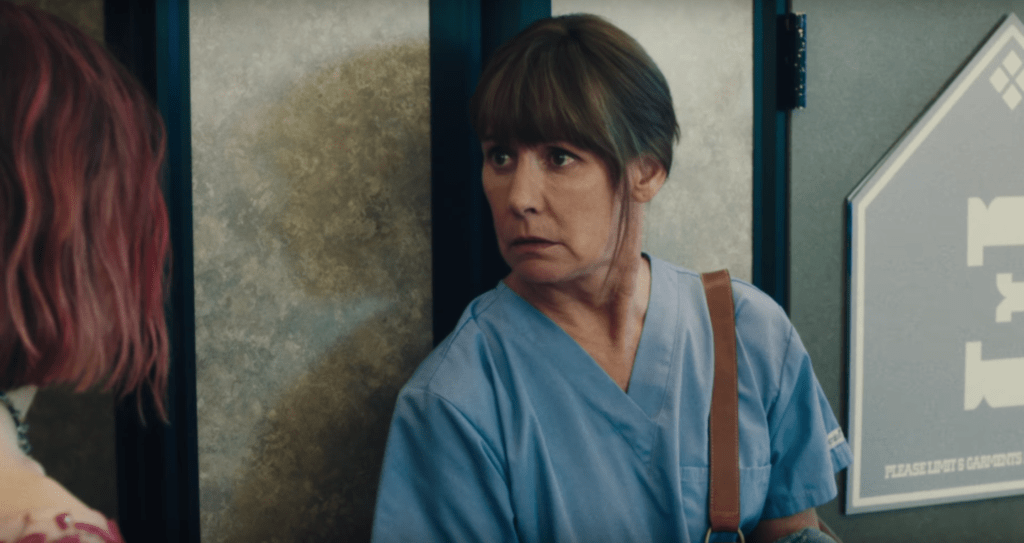 While I, Tonya’s Allison Janney has won every major televised award, so have all the other acting frontrunners. It’s incredibly rare for the same four to win from the Globes to the Oscars, and the supporting categories are more likely to deliver upsets. This is Lady Bird’s only realistic chance at a win. It would be a shame for such a critically honored film to go home empty handed, and Metcalf’s gorgeously layered performance is as much the emotional core of the film as Saoirse Ronan’s turn in the titular role. (This also fulfills my annual quota for a Crazy Pick – a prediction that is possibly foolhardy from the get-go, justified by nothing but a faint gut instinct.)

BEST ORIGINAL SCREENPLAY: Get Out

Here’s another critically and culturally adored movie that the Academy might feel obligated to honor. Jordan Peele’s excellent script has won honors from Writers Guild of America in addition to countless critics’ groups. It’s possible that Three Billboards Outside Ebbing, Missouri could win here, but there’s less of an incentive to fill the ballot up for that film, considering that it’s got two acting awards practically in the bag.

BEST ADAPTED SCREENPLAY: Call Me by Your Name

This is as much a lifetime achievement award for screenwriter James Ivory as it is the Academy’s desire to deliver an Oscar to this beloved film. Either way, right on.

Over its brief history, this has effectively become the requisite award for every Disney-Pixar hit. There’s no reason to believe this year is any different. Next.

A Fantastic Woman remains the tentative leader, but a groundswell of support for Lebanon’s The Insult has opened up the race in the final days before the ceremony. Yet in the end, Chile’s crowd-pleasing tale of a transgender woman’s perseverance against a cruel and bigoted society should deliver enough passion votes to send it over the top. 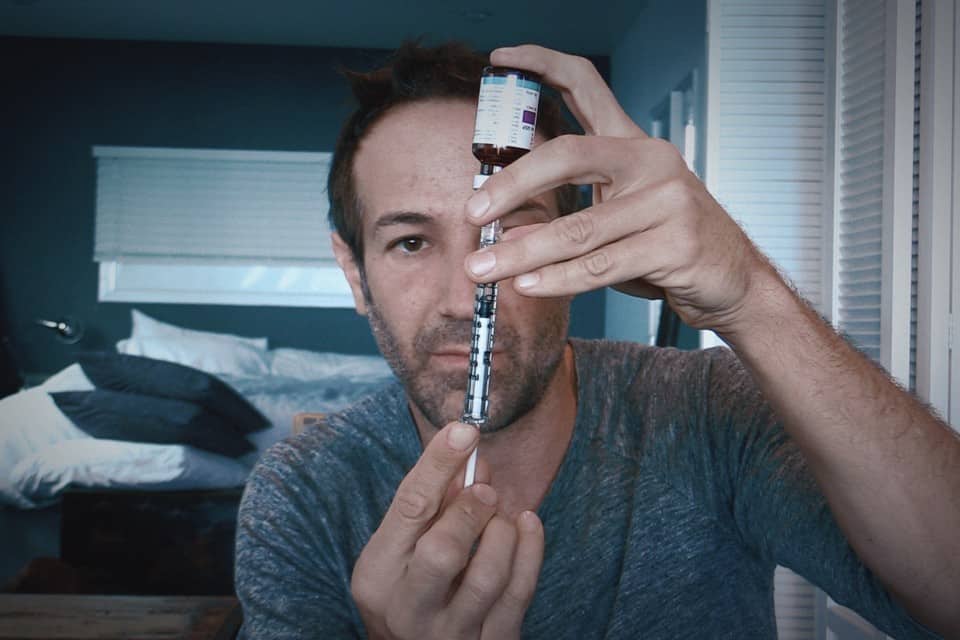 Voters often seek contemporary political relevance here, and that helps Icarus, the story of how an investigation of sports doping rapidly escalated into a massive conspiracy thriller revolving around the Russian government’s systemic corruption. Wouldn’t it be nice to see Faces Places co-director Agnès Varda win both competitive and honorary Oscars in the same cycle? Sure! But the Academy has, if nothing else, a short attention span with such matters. Icarus is the shiny nominee with a message, and no matter how fussily unfocused it may be, it might be too hard to pass up.

Alexandre Desplat has done it again with The Shape of Water, crafting an eerie yet enveloping score that snakes throughout a perfectly atmospheric setting. Look out for a shock from Jonny Greenwood’s baroque stabs for Phantom Thread, but don’t bet the house on it.

BEST ORIGINAL SONG: “This is Me” – The Greatest Showman

While Coco’s “Remember Me” would be a more conventional winner, consider the ubiquity of The Greatest Showman. Despite its critical drubbing, it’s the runaway hit of the Christmas season. And then consider the further ubiquity of the song itself, which has soared up the charts on Spotify and has been totally unavoidable – from local radio stations to the Winter Olympics. Songwriters Benj Pasek and Justin Paul have made it 75% of the way to an EGOT in less than eighteen months, and while they won the “O” last year for “City of Stars” from La La Land, their striking iron is still very hot.

BEST CINEMATOGRAPHY: The Shape of Water

I fear that Roger Deakins, nominated for Blade Runner 2049, will add a fourteenth unsuccessful nod to his tally. Remember, the names of the craftspeople usually don’t appear on the Oscar ballot, and it’s rare for a movie to win here that’s not also nominated for Best Picture. Dan Laustsen’s gorgeous compositions for The Shape of Water could win out over an absurdly overdue veteran.

A good rule of thumb is that Best Editing means Most Editing, and there’s no showier nominee here than Edgar Wright’s proto-musical action film. 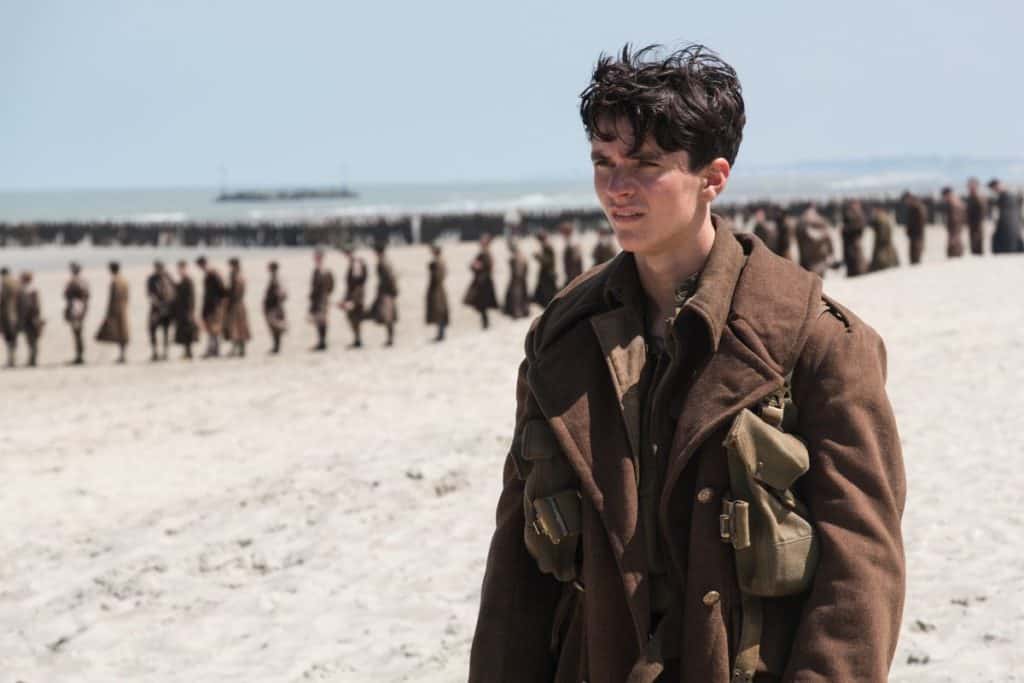 A technical juggernaut like Dunkirk won’t walk away with nothing, especially considering how well war films do in the sound prizes…

…but I’m not convinced that it’ll double up. Mixing is more inclined toward films with a lot of music, and everyone who’s seen Baby Driver knows how integral its soundtrack is.

Watch The Shape of Water, and you immediately want to get lost in its beautifully designed world, before you remember that you’d also have to deal with Michael Shannon’s character and his rotting fingers.

We all know the real reason why Gary Oldman’s performance landed with such a tremendous burst of hype.

The Shape of Water could surprise if voters used the extra week of balloting to figure out that the Amphibian Man was really a costume job, instead of makeup or digital effects. 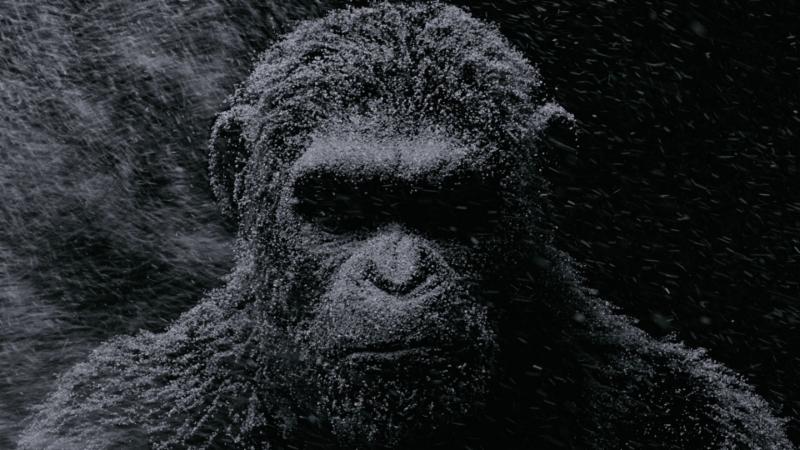 BEST VISUAL EFFECTS: War for the Planet of the Apes

None of these choices have inspired much excitement among voters, so while the third Apes movie has remained ahead, Blade Runner 2049 or Star Wars: The Last Jedi are easily within striking distance.

It’s hard to predict the short films, as comparatively fewer people have seen them and even fewer vote here, but sometimes the subject matter can clue you in on what’s tracking. DeKalb Elementary is the tale of an attempted school shooting, based on the true story of a bookkeeper thwarting a would-be massacre. In the aftermath of the recent mass shooting in Florida – and as many brave survivors have challenged our societal and political indifference toward this horrid, uniquely American epidemic – this is the film most likely to make an immediate impact with Academy voters.

BEST DOCUMENTARY SHORT: Heaven Is a Traffic Jam on the 405

It’s an easy title to remember.

Conventional wisdom suggests that Dear Basketball is another strong contender, but some have found Kobe Bryant’s autobiographical project to be a tad too shallow for their tastes.