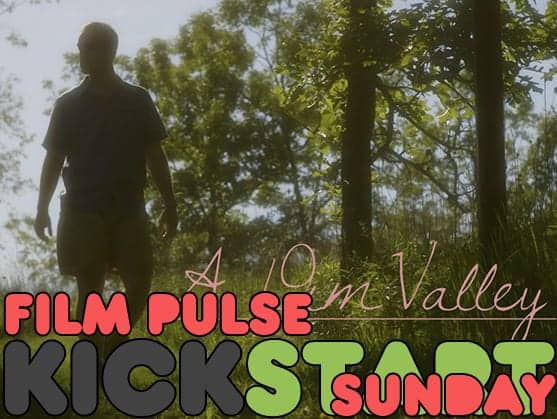 Writer/director Brandon Colvin is currently crowdfunding his third feature titled A Dim Valley, which will be his follow-up to Sabbatical, a film that landed on my Year-End Best Of list at No. 4 back in 2015. It is also a film that, in my opinion, has one of the most well-executed endings I’ve seen in the past several years…so, I gotta say, I’m pretty excited to experience A Dim Valley.

The Kickstarter campaign describes it as “A comedy, a drama, a dreamy pastoral–it’s a film that bends and blends genres and tones in unique ways. It’s got slapstick gags, weird magic, smoldering romance, and tragic moments.”  So far, the cast includes Robert Longstreet, Zach Weintraub, Whitmer Thomas, Rachel McKeon, and Rosalie Lowe.

Set in Colvin’s home state of Kentucky, in and around the town of Morehead, he tells me that to describe A Dim Valley as a love letter to Kentucky as “inaccurate” and that “There is definitely quite a bit of love and warmth for Kentucky in the film, but the film also addresses some of the more frustrating and painful aspects of the place. More than anything, I tried to address the range of my feelings about what Kentucky is, but also what it could be. There’s a hopefulness that is laced with melancholy. Making the film is a way of reclaiming or reimagining the place where I’m from, if that makes sense.”

One of the more intriguing pledge awards for the campaign is what Colvin and producer/editor Tony Oswald are calling Bespoke Cinema. For pledges of $1000, Colvin and Oswald will create a personalized, one-of-a-kind, 60-second short film based on the pledger’s input.

This Kickstarter campaign currently has 23 days remaining as of this writing with a goal of $15,000, so be sure to click here and send a donation their way!