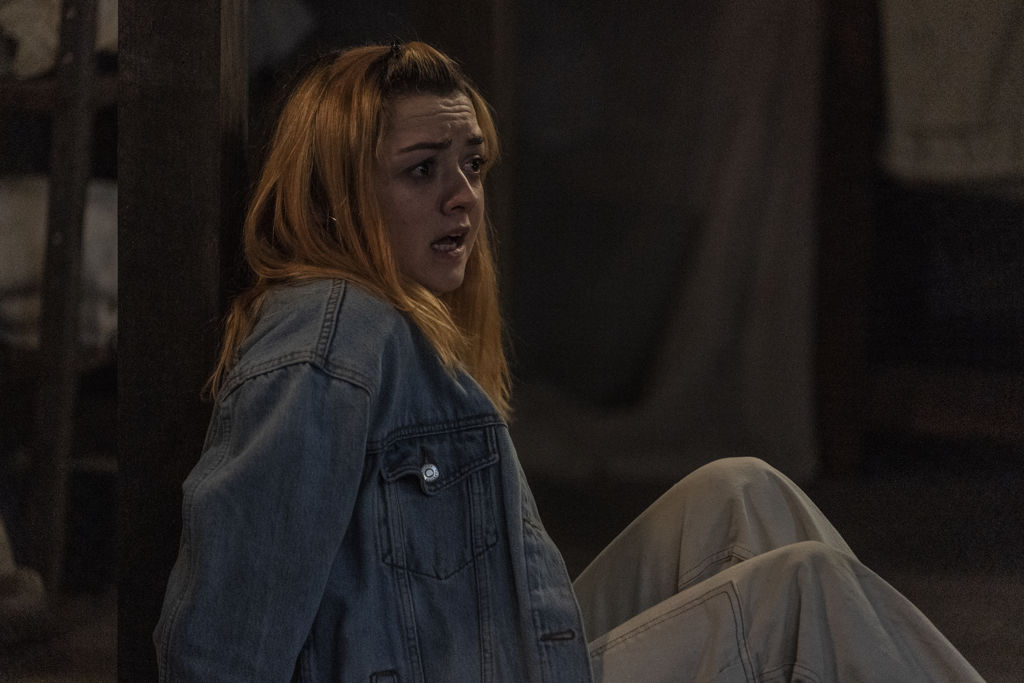 We’ve seen it before: would-be burglars get more than they bargained for when they decide to break into the wrong house. As clichéd an idea as it may be, it still manages to be one that is rife with opportunity, and Julius Berg’s The Owners does some interesting things with it. However it doesn’t hit the same heights as Don’t Breathe or Villains.

Maisie Williams stars as Mary, a young woman who gets roped into a B&E that her boyfriend and two of his friends are perpetrating against a local doctor and his wife. As one might imagine, things fall apart when they discover the safe cannot be cracked and foolishly decide to wait until the couple comes home to attempt to squeeze the combination out of them.

What results is a series of stupid decisions, wrought with infighting, that lead to a fair amount of bloodshed. Not only that, but it appears that the good doctor and his wife have some sinister secrets of their own held within the walls of the elaborate home. Peppered with some top-notch practical makeup effects, The Owners is a tense cat-and-mouse thriller that keeps the audience guessing while throwing plenty of fun little twists and turns into the mix.

The payoff doesn’t really live up to the buildup, with a trite, predictable climax, but the finale is deliciously grim and slightly unexpected. The lynchpin to all this chaos is the character of Terry, played by Andrew Ellis, whose actions are eraddic to say the least. Nothing he does is believable, even when his motivations are made known, making his choices seem only in service of the plot rather than actual actions this person may carry out.

Performances are solid across the board, with highlights being Ellis as the sadistic Gaz and Sylvester McCoy and Rita Tushingham as the infinitely creepy couple. Williams, who will certainly be the biggest draw, coming off her famous role in Game of Thrones, is really the only rational character of the bunch, commanding a strong presence and serving as the only person we can slightly get behind during this whole ordeal.

There’s a strange plot point revealed early on involving Mary, which hardly relates to the overall narrative but seems to play into a slight statement on the class divide, which unfortunately doesn’t really work, as it’s not something fully explored and perhaps wasn’t even intentional.

As the walls begin to close in on Mary and she realizes that this house may become her tomb, Berg cleverly pulls in the aspect ratio, increasing the claustrophobic sense that we’re trapped in this house with her and are struggling to free ourselves from this perilous situation too. It’s a simple effect but one that works great within the context of the mounting suspense.

Despite its hiccups, The Owners is a surprisingly effective thriller that may not top the growing pantheon of home-invasion-gone-wrong movies but is bolstered by a fun script and some great effects work.